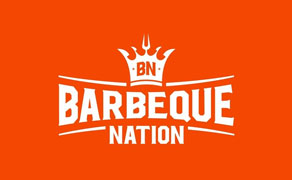 The new IPO from BBQ Nation is easily one of the most awaited IPOs of the year. Let’s take a look at some of the key BBQ Nation IPO details.

As of 2019, BBQ Nation owns more than 138 restaurants in as many as 73 cities in India. The company also owns around 7 restaurants in three countries other than India. BBQ Nation’s total revenue has grown steadily over the years from Rs. 4,916 million in FY2017 to around Rs. 7,076 million in FY19. The company is not only fast growing, but also enjoys significant brand equity and is one of the most recognizable restaurant brands in India.

The opening and closing dates of the upcoming IPO from BBQ Nation are still shrouded in mystery. More details regarding the same can be expected in the near future.

The total issue of the BBQ Nation IPO consists of a fresh issue of shares aggregating up to Rs. 275 crores. On top of that, there’s also an Offer for Sale (OFS) from the promoters of the company whereby around 9,822,947 equity shares would also be put up for sale.

The upcoming IPO from the company would be listed on both the NSE as well as the BSE. The company has received in-principle approvals from both the stock exchanges in this regard.

BBQ Nation has proposed to utilize the net proceeds from this latest IPO towards the repayment or prepayment of outstanding borrowings of the company and for general corporate purposes.