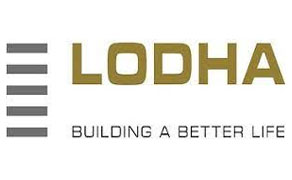 After witnessing a string of upcoming SME IPOs, we’re finally getting to see a mainboard IPO. Lodha Developers has filed its final Red Herring Prospectus with the SEBI in connection with its latest IPO. Continue reading to find out about the Lodha Developers IPO details.

The company’s flagship housing projects are all centered in and around the various areas of Mumbai and Thane. Around 57.77% of the revenue generated by Lodha Developers comes from its affordable and mid-income housing projects. The company is currently planning to develop an 800-acre industrial park in Palava.

Around 5,14,40,328 equity shares are likely to be issued via this new IPO of Lodha Developers. The sale of these many shares would allow the company to raise around Rs. 2,500 crores.

The price band of the upcoming IPO has also been notified by the company. The IPO price range is from Rs. 483 to Rs. 486 per equity share.

Once issued, the shares of Lodha Developers would make its debut on both the premier bourses of the country - the NSE as well as the BSE.

The company has notified that it would use the net proceeds from this new IPO issue towards reducing the company’s outstanding borrowings and for the purpose of acquisition of land or land development rights.