10 reasons why "Buy and Hold" has worked for Indian equities.. 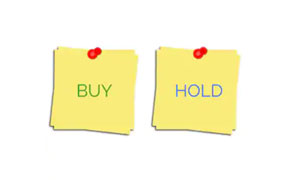 The legendary equity investor, Warren Buffet famously said, "At Berkshire Hathaway, our holding period is forever". Of course, that quote cannot be taken literally but what Buffett actually meant was that even if the market was to shut down for five years and Buffett did not know the stock price, he would not be overly worried as long as the management and the business model of the company continued to enjoy his trust.

In India, "Buy and Hold" strategy has certainly worked in most cases, especially in case of quality companies. Let us take the case of specific stocks. Over the last twenty years (which is a fairly long time in an emerging market like India), there are stocks like Hero Moto, HDFC Bank, Infosys and Wipro that have given mind-boggling returns. The only attributes required were patience and the staying power to hold on to these stocks. Even if you leave aside stocks for the time being and just focus on the overall index, the returns have been phenomenal. The Nifty and the Sensex have generated compounded annual returns (CAGR) of 17-18% consistently over the last 20 years. If you add the dividend yield on the indices at 1.5-2.0%, then the actual yield is much higher. The moral of the story is that a buy and hold strategy has worked very well in India. Of course there are certain exceptions, but then these exceptions only serve to prove the rule.

Why exactly has Buy and Hold strategy been effective in India?
1.  Since the onset of the reforms process in 1992, the Indian economy has been consistently growing above the Hindu Rate of Growth that the economy was steeped in the 1970s and 1980s. That growth has been instrumental in creating wealth for investors.

2.  Indian private sector companies in sectors like automobiles, metals, FMCG and banking were extremely small by global standards. Even now, India companies are much smaller than their counterparts in the US and China. This has given them room to grow.

3.  Consumer demand comes from rise in income levels. Over the last 20 years, the per capita income of India has moved up sharply, although at around $2000/annum, it is still very low by global standards. Rising per capital income signifies rising consumer demand and that is positive for wealth creation in markets.

4.  Key sectors like automobiles, telecom, PSU banking did not exist in the listed market for a very long time; or existed in a very small way. Over the last few years these sectors have added billions of dollars in market cap leading to wealth creation for equities.

6.  The global market has opened to India in a big way in the last 25 years. Sectors like IT, pharma, auto ancillaries have all benefited tremendously from access to global markets. Not surprisingly, these are also the companies that have created the maximum value in the last 2 decades and also the sectors where the concept of Buy and Hold has worked to perfection.

7.  Up to the mid-90s, interest rates were inordinately high in India. Post the year 2001, India has been consistently maintaining a dovish interest rate scenario. Since bond yields are inversely related to equity value, that has also contributed to wealth creation and one of the key reasons why the Buy and Hold strategy has worked in India.

9.  Sustained FII interest has also been one of the key reasons for the success of Buy and Hold strategy. These FIIs help investors demarcate the wheat from the Chaff and normally FIIs have been the bellwethers for identifying long term wealth creators. Their participation has been largely responsible for the success of the buy and hold strategy in India.

10.  Lastly, Indian corporates enjoy the enviable combination of their growth and margins mean-reversing consistently. That means any dip has been an opportunity to create wealth by adopting a buy-and-hold strategy in quality stocks.

There is the famous story of how a small investment of Rs.10,000 in the Infosys stock in its IPO in 1995 would have grown to nearly $1 million. Similarly, in 2009 if you had chosen to put money in shares of Eicher rather than buying their fancy motorbike, then your investment would have appreciated by nearly 110 times. The crux of the matter is that Buy and Hold does work in India. It is not rocket science. You just need to identify the quality winners and sit tight for long periods. Buy Right and Sit Tight surely works in the Indian context!