10 things you need to know about rising bond yields in India.. 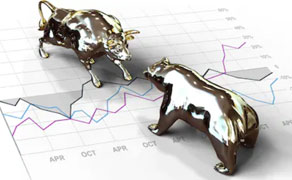 10 things you must know about rising bond  yields in India

One of the principal drivers of bond yields in India has been the rate of inflation, especially the rate of CPI (retail) inflation. Since CPI inflation has been journeying up in the 6-8 months, the yields have also followed the similar path.

The monetary policy of the RBI has a major impact on the yields. In the last 1 year, the RBI has been talking about shifting its interest rates policy from dovish to neutral. That was an indication that if the data supported then the RBI would be willing to move the interest rates both ways. That is why the higher inflation was immediately interpreted as a signal of higher bond yields.

Minutes of the Monetary Policy Committee (MPC) are also a critical input for rate decision making. The June meeting of the MPC was the first occasion when all the members of the MPC voted in favour of hiking the rates by 25 basis points. The minutes are normally announced 15 days after the policy announcement and that is a critical trigger for h higher bond yields.

Oil prices are putting a pressure on the bond yields. Not only are oil prices a signal of imported inflation but they are also weakening the rupee. That means you have the added problem of stemming the fall in the rupee. Rate hike may be the answer to address both these problems and that is reflected in the bond yields.

There is larger relationship between rate hikes and the rupee value. Since the trade deficit has been on a constant uptrend (currently $16.6 billion per month), there is pressure on the rupee, which has taken temporary support around the 69/$ mark. The best way to strengthen the rupee is to hike rates so that it absorbs the pressure of the rupee via capital flows. That is also leading to higher bond yields.

Capital flows could be the missing link. The FIIs have been net sellers for most of 2018 on fears that risk off selling maybe necessary any time. The markets are betting that to prevent any rapid outflow of capital, the RBI may be enticed to hike rates further, considering that RBI has cut rates by nearly 2.75% since the beginning of January 2015.

The markets are also betting that the RBI may require higher bond yields to ensure that the forex reserves can be shored up. Forex chest has been depleted from $430 billion to around $405 billion as RBI has used up its reserves to defend the rupee by selling dollars. The forex cover is already down to 9 months of imports and higher bond yield may be the answer to attract bulk inflows through FDI and the FII route.

Finally, why have yields stopped ahead of 8%. The markets also feel that the rate hikes may be calibrated. So, while one more rate hike of 25 basis points in this year is on the cards, the RBI would not be too adventurous. They need to match up with US Fed rates but they cannot afford to push up rates to a level where IIP growth suffers. It is this trade-off which is making the bond yields halt below the 8% mark. Greater clarity should emerge in the coming few weeks.