5 things that could be different about the Union Budget 2018 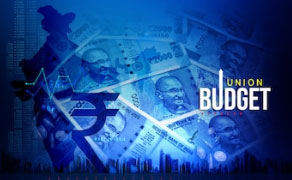 If one does a Budget 2017 analysis, the clear message was one of perpetuating the reforms process. The key features of budget 2017-18 were all about consolidating on the economic gains and pushing the reforms agenda through. Year 2018 will be different because it will be the last full budget and also the first budget to be presented after the GST implementation. What will be the 5 different things of this budget? In fact, Union Budget 2018 is likely to be different in the following ways..

Second part of the budget may be largely redundant
The Union budget document normally has two parts. Part A focuses on the various projects and allocations while the second Part B focuses on the rates of direct and indirect taxes. On the direct taxes front, we believe that the rates may have largely stabilized leaving little room for tweaking. On the indirect taxes front, most of the indirect taxes have already been subsumed under the GST. The rate decisions are anyways taken by the GST Council and the budget will have little to do on that front. At best, there may be some structural issues that the budget will address on the GST front. It is therefore likely that we may have a much shorter budget speech and a more concise budget document with only 1 part. The late Nani Palkhivala used to say that "India was the only country where the budget was an event". Thanks to GST, the budget will no longer be an event from now on!

A big focus on post-harvest infrastructure
Rural allocation has been a big part of any budget. Rural infrastructure, rural spending and rural employment generation have all been big focus. This budget could also focus on tax incentives for sectors like agrochemicals, fertilizers, drip irrigation systems etc. But above all, the big focus of this budget could be on post-harvest infrastructure. This could take various forms and can include greater allocation for cold storage, better transportation towards last mile, a farm to fork policy, focus on eNAM (electronic national agricultural market) etc. That could be the unique feature of the budget as a means of reducing farm distress and ensuring remunerative prices for farmers.

Surprisingly, it will not be a populist budget..
The common view is that the government may turn towards populism ahead of the general elections. We do not see that happening. Of course, there may be loan write-offs or greater focus on rural spending, but the focus of the budget will not be on pre-poll giveaways. The government has learnt that people in India do have an appetite for tough measures if there are going to be long term benefits. A classic case in point is the demonetization and the GST. In both the cases, there was a huge churn caused by these initiatives but the people took it in their stride. Despite being the last full budget from the current government, they may have the confidence to go ahead with tough measures rather than trying to mollify people with sops.

End of the plan and non-plan distinction
There have been structural shifts in the budget that we have seen in the last few years. Firstly, the railway budget got integrated into the Union Budget and the budget announcement was shifted to February 01st from February 28th. The Union Budget 2018 will see the budget document compressed into just one part as the section on direct and indirect tax rates will be done away with. But the big change could be to end the classification of plan and non-plan expenditure. With the Planning Commission already transforming into the Niti Aayog and getting more of a strategic role than a passive role, this classification is no longer valid. The government, in this budget, will simply classify allocations as revenue and capital allocations. This will not only be more transparent but will also reflect a clearer picture of the national accounts.