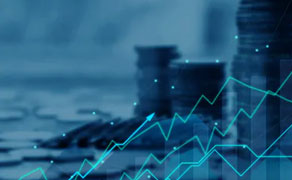 In the stock markets, you typically make money when you get into stories at the right time. For example, buying into IT stocks in 1998 would have generated tremendous returns over the next 2 years. Similarly investing in capital goods companies in 2006 would have given you phenomenal returns in the next 2 years. The big question is how do you identify such trends, themes and sectors well in advance? There are no hard and fast rules but you can adopt some broad guidelines to help you through the process. Here is a 6-point framework.

Is the sector building scale

Most sectors or themes can generate returns on the stock market only when they build scale. Take the case of IT industry. For a long time it was a promising sector but its performance was lacking because of lack of scale. It was only when the Y2K problem came about in the late 1990s that Indian IT realized its true potential. Stock market returns followed after that. Take the case of telecom in India. Bharti Airtel was a tepid performer when it listed in 2002. As the network spread and the benefits of scale started trickling in, that is when the scale got built and the stocks started outperforming. Scale helps you to reduce your fixed cost investments and enhance profits at the same investment. That is when the operating leverage works in your favour and the stock starts generating returns.

Is there consolidation happening in the industry

The problems in most industries or themes in the initial years are that it tends to be overcrowded. When a sector is overcrowded you find intense price competition and that keeps companies from performing to their potential. Aviation is a classic example. For a long time it was overcrowded. Only now the entire industry is being consolidated around a handful of players giving greater pricing power to the companies. That is where the real value comes out. Telecom was another sector that was crowded and hence pricing power was lacking. With the sector now consolidating around just 3 players, we could see a lot more of consolidation benefits trickling into these companies.

Is the industry likely to see disruption?
This is another big trigger for value creation. While the outdated industry sees value destruction, the disruptive industry more than compensates via value creation. In India there are two classic examples. Firstly, when mobile telephony was introduced in the early 2000s, the existing landline players like MTNL were too smug. The business shifted tremendously due to the disruption and soon MTNL was destroying value while the mobile telephony companies were creating value. There was also a major shift in banking. PSU banks were the blue eyed stocks for long. Then a combination of better use of technology and smart lending decisions shifted the entire story in favour of private banks. They have, no doubt, been big time value creators in the last 5 years.

Eyeballs and footfalls can only take you up to a point. We saw that in the case of retail companies which struggled under real estate costs. At the same time, D-Mart managed to become a value creator through sustained profits. IT and pharma took their time to reach the tipping point but once the tipping point was reached it was the profits and cash flows that drove valuations higher. Of course, low levels of debt helped them substantially along the way in value creation.

Are the margins improving?

When we talk of margins, the priority has to be given to operating margins. That is what determines the sustainability of margins as it comes from core operations. Net margins are important but that can still be subject to other factors. We saw that operating in the reverse direction in the pharma industry in the last few years. When companies like Sun Pharma and Lupin saw their operating margins dipping on the back of tighter competition and pricing pressure, these stocks lost tremendous value and corrected over 60% in the last 3 years. Just as rising margins can be value accretive, falling margins can be value destructive.