All you need to know about Goods and Services Tax (GST) 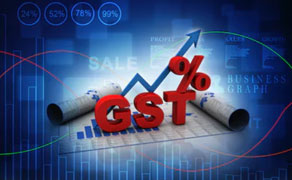 With the Goods and Services Taxes (GST) going live on July 01st, there are still a lot of areas where one is not too clear on the nuances of the GST. While the teething problems are likely to be there, GST is the direction that the Indian economy needs to move towards. World over, most nations have discovered the merits of having a unified national market and a single tax that is substantially simpler than the maze of different state taxes. Here is a quick reckoner of what you need to know about GST ahead of its official launch on July 01st

1.  The GST will create a national market through a single indirect tax..
That is the biggest merit of the GST. Traders and manufacturers will be indifferent whether they sell within the state or outside the state. There will be a standard rate of GST that will be payable on the product which will be the same irrespective of which state the product or service is sold in. So effectively, the GST will subsume almost all the indirect, excepting the import duties, into one single national level tax. Thus, excise duty, service tax, Central sales tax, Value added tax (VAT), octroi, entry tax and even CVD and SAD on imports of goods will be subsumed into the GST.

2.  So, that means there will be just one single tax and tax rate across India
Frankly, that is being too simplistic! GST will not be as simple and straightforward as that. For example, there will be five slabs of GST viz. 0%, 5%, 12%, 18% and 28%. The rate will depend on the need and consumption pattern of the product. For example, most food-grain and essential items have been placed either in the 0% bracket or the 5% bracket. Luxury items and items of sin consumption like cigarettes, high-end perfumes and high-end cars will attract the peak 28% GST. In addition, there is an additional GST bracket of 3% that has been specifically created for gold. For a business that pays the GST, there will be a Central GST (CGST) that will have to be paid to the central government, the state GST (SGST) that has to be paid to the states and integrated GST (IGST) that has to be paid in case of inter-state sales.

3.  Will the GST cover all products that are produced in India?
That is correct, but again there is a slight qualification here. Certain products have been exempted from the ambit of GST although the Finance Minister has confirmed that they too will be subsequently brought in. For example, crude oil, High Speed Diesel, petrol, natural gas, electricity and liquor for personal consumption have been kept outside the ambit of GST. They will continue to attract duties in the existing framework. Secondly, the GST is not only for products that are produced in India but also on imports of goods. While import duties are not subsumed into the GST, all imports will be treated as inter-state sale and will therefore attract IGST as explained above.

4.  How will the GST impact services in India?
There are some basic differences between the way services were taxed in India and the way they will be taxed under GST. Formerly, the service tax was collected by the centre and hence there was no dispute over which state should collect the same. Under GST, the service tax will accrue to the state where the service is provided. So, if a consultant in Maharashtra provides a service to a client in Karnataka, then the GST on that service will accrue to the state of Karnataka. Secondly, the current service tax is flat across majority of the businesses at 15% (14% service tax + 0.5 % Swachh Bharat Tax + 0.5% Krishi Kalyan Cess). Under GST, there will be four slabs of service tax. Key services like rail bookings, transport of goods and economy air bookings will attract just 5% GST. On the other hand, most services, including financial services, will now attract 18%, which will be the median rate of tax charged under GST. Click here to know GST and its Benefits

5.  What happens to specific product prices and to overall inflation post-GST?
Under the GST, some products are likely to get cheaper and some are likely to get costlier. For example, products like cigarettes, commercial vehicles, branded textiles, jewellery and most financial services could become more expensive. On the other hand, entry level cars, car batteries, paints, cement, two-wheelers and electrical appliances are likely to get cheaper under GST. The jury is still out on whether the overall inflation will go up after the implementation of the GST, but that has been the experience of other countries like Malaysia and Australia in the initial years of GST implementation. However, the GST Council has confirmed that they have deliberately kept the GST on essential products low to keep consumer inflation in check.

6.  Understanding the concept of input tax credit (ITC)
The big advantage of GST is not just the rates or simplicity but the availability of seamless input tax credit. Let us understand this a little better! If you are a service provider, you will have to pay GST on the service provided. But you must have used some inputs to provide these services on which you have already paid the GST. Under the new regime, these input tax credits will be automatic and seamless. This is unlike the current scenario. The only thing that businesses need to remember is that CGST can be an input credit for CGST and SGST can be an input credit for SGST. Cross credits are not available under GST.  This concept of input tax credit (ITC) is likely to make the actual impact of GST much lower than depicted by the rates.

7.  Finally, who is liable pay GST and file GST returns?
Any business that has turnover above Rs.20 lakhs (2 million) per annum will have to GST and file GST returns. In case of North-Eastern states, this limit is further reduced to 10 lakhs. In case of inter-state sale of goods and services, the IGST has to be paid irrespective of your turnover. Again, if you want to claim input credit for any of the input taxes that you have paid, then you need to pay GST and file returns. For certain businesses, the GST Council has offered a Composite Scheme where a fixed GST rate can be paid on turnover provided the annual turnover is less than Rs.75 lakhs. But such businesses cannot claim any input tax credit.

As the nation prepares to launch one of the biggest tax reforms in its history, there are 3 things that one needs to remember. Firstly, GST will create a national market and simplify the entire taxation process across India. Secondly, it will bring efficiencies to industry as their logistics and distribution network will now be attuned to business needs and not to state level tax structures. But above all, GST will plug the tax collection leakages and also widen the gamut of businesses that will come under the tax ambit. That could be the biggest take-away! What could become cheaper and what could become costlier post GST effect.