All you should know about Raghuram Rajan 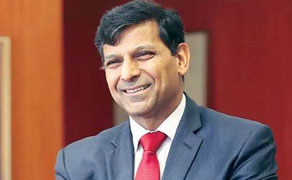 Raghuram Rajan took over as the 23rd Reserve Bank of India (RBI) governor, and he got a stellar reception. The position only often discussed in corporate boardrooms and on trading floors was suddenly a man of the masses. The media kept him on the spotlight, the women swooned over him, the stock market pundits looked at him as a messiah. The buildup was HUGE! And the 53-year-old Raghuram Rajan lived up to the hype. Raghuram Rajan’s lethal combination of superior performance plus charisma has made him the most famous central banker ever in India.

His biggest achievement discussed thus far is how he managed to bring down the double-digit inflation in India in 2013 to below 6% by 2016.

Rajan went bullishly behind bad loans and opened up India’s banking sector. During his tenure, his smart analysis and matter-of-fact speeches made him popular among the masses. This is not typical for a central bank governor who is often only discussed in corporate boardrooms and on trading floors. Such is his appeal that Rajan’s announcement of not continuing for a second term evoked anguished editorials from across the country but none of that could change Rajan’s mind.
Today (Aug. 09), he announced his last monetary policy review, keeping the interest rates unchanged. His term as the RBI governor ends on Sept. 04, after which he will return to the US to teach at the University of Chicago.
The following is a comparison of his last monetary policy review with his first, which took place on September 20, 2013. It reminds us of how much India has changed under his term, and how Rajan continues to surprise and educate as one of the country’s sharpest minds.

Who is Raghuram Govind Rajan?
Raghuram Govind Rajan was born on 3rd February, 1963 and grew up to become an economist. He is currently the Vice-Chairman of the Bank for International Settlements. He was the chief economist at the International Monetary Fund (IMF) from 2003 to 2007, the youngest person ever to occupy that position. He was a Distinguished Service Professor of Finance at the University of Chicago Booth School of Business from 1991 to 2013, when he came to India to take charge of the RBI Governor’s office.

Rajan had warned about the growing risks in the financial system, and suggested policies to reduce these risks, at the Federal Reserve annual Jackson Hole conference in 2005. Following the 2008 economic crisis, Rajan's views came to be seen as perceptive. He was interviewed at length for Inside Job, an Oscar-winning documentary (2010). Rajan is the recipient of the inaugural Fischer Black Prize, given every two years by the American Finance Association to the financial economist who is younger than 40 and has made the most significant contribution to the theory and practice of finance.

His book, Fault Lines: How Hidden Fractures Still Threaten the World Economy, won the Financial Times/Goldman Sachs Business Book of the Year award in 2010.  In 2016, he featured in Time magazine’s list of the ‘100 Most Influential People in the World’. He has won awards/recognition as one of the best central bank governors worldwide. Rajan graduated from the Indian Institute of Technology, Delhi in 1985. In 1987 he earned a Post Graduate Diploma in Business Administration from IIM Ahmedabad. He received a PhD for his thesis titled Essays on Banking in 1991. Raghuram Rajan was born in Bhopal, into a Tamil family. He is the third of four children of R Govindarajan, an Indian Police Service officer who topped his 1953 batch. Several of Rajan's opinion editorials are available at: Rajan-Project Syndicate Opinion Editorials