Demonetization of Currency in India 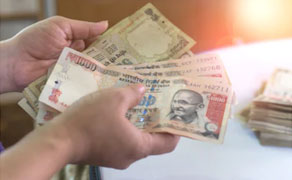 This move from the Indian Prime Minster is his strike against the ever increasing black money in our country. While this announcement was met with shock and confusion by many, there are others who termed this as the Surgical Strike on Black Money.
Let us have a look at the reasons for the ban and how this can affect our economy going forward. 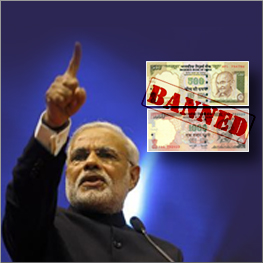 Why the ban and what it is all about?

As per this scheme the legal tender character to the currency notes in Rs. 500 and Rs. 1000 denominations are withdrawn. Due to this, the old high denomination notes are invalid and cannot be used for any transactions nor can be stored as a value for use in the future. These notes can now be exchanged for the same value of money at the RBI offices or at various bank and post offices.

People can deposit their old currency till the 30th of December 2016 in their respective bank accounts. Most of the ATMs across the nation are closed on the 9th and 10th of November and the withdrawal limit from the 11th of November is Rs. 2000 and the same would be increased to Rs. 4000 per day.

Impact of this decision on various sectors:

While the decision taken by the government was indeed a bold one, both the bankers and economists do feel that this ban would for sure have a ripple effect on both gold and real estate transactions as these are the instruments that are used by majority of individuals to hoard the black money they have.

Share markets will for sure see the impact with the prices of the shares shooting higher.
A negative impact can be seen on the cash focused sectors in the stock market. This can trigger to all round selling bringing down the indices from their present levels.
This move will also impact and lower the political spending during elections especially in states like Punjab and UP where huge cash is spent during elections.
The Rupee value will slowly strengthen as the time passes. The inflation too would go down and this would benefit the middle and the lower class people.
More people will be inclined towards converting paper to gold and this can increase the investments made in the gold monetization schemes.
Does this mark the beginning of the end of black money in India? Let’s wait and watch.