Clearing the confusion from IPOs 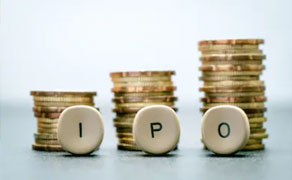 India has a rich history of entrepreneurial achievement. Many indigenous businesses have started as a small shop and built into multi-billion dollar empires.

With a single or a handful of persons owning a company, there is always a struggle for the company to raise capital beyond a point. With the kind of ambitious plans companies have, they need bigger investments which go beyond your typical bank loans, etc. So they venture out to look for new partners to invest capital in their ambitions. Venture capital funds help in this transition as their main job is to identify good strong companies, buy stake/share in them for a large sum of money, so that the company can grow further even if it dilutes its share. Once the venture capital funding is exhausted and the company has gained a certain size, its next objective is to again find that catalyst which can catapult it into the big league. That would mean rapid expansion of operations or starting newer lines of business in allied fields. This is when the company goes out to the public to raise money. People can buy part ownership of the company for as little as10 rupees. Therefore, if the company has Rs. 5 crore invested in it and you have invested 10 rupees in it, you own the proportionate share in the company -(2e-7) %. This process of going to the public is called Initial Public Offering or IPO.

A company dilutes its shares conservatively.  Only that much share is diluted as is absolutely necessary to raise capital during the IPO. But as the company’s plans go along, a situation can arise where it requires more capital and is confident of its standing in the market to be able to do so by issuing more shares. This is called the Follow-on Public Offering or FPO. A FPO issued by a reputed company is an attractive avenue to invest as the company will have a proven track record and paperwork to show of its financial performance over along period. It also often leads to smaller investors getting a chance to invest in a company that we hitherto unaffordable for them.

Is Investing in IPO Advisable?

How do you buy your soap or shampoo? You look at the advertisement, know that some of it might be true and some might be exaggerated.You take a chance and see if it works for you. If it doesn’t, you switch to another next time. And so on. Now with an IPO too, you have no history of the product. The company is listing for the first time so you don’t have much knowledge about it from its past. All you have now is its red herring prospectus which in itself is the advertisement for the said IPO. So you have to take the prospectus with a pinch of salt. Add to that the complexity of price fluctuations the moment the stock is listed on the market and the inherent difference in the price of a soap against an equity share.

Investing in an IPO means you are investing in the company’s founders, their performance thus far and their vision for the future.The information will be limited but its important to research all of these through whatever sources available before investing.

Also important is to see which brokerage house is underwriting the IPO. Big brokerage houses usually are a better bet as they won’t touch a less than ideal company.

There is also the hype and the sentiment in the market that can influence your decision. A consumer facing, attractive brand can garner a lot more positive or negative discussion than say an industrial company. It is important to separate this hype from the facts.

Technically, there are two other aspects to be cognizant of while investing in an IPO. The first one is day traders. A lot of the investors in an IPO are day traders who are just looking to buy cheap and sell high within a couple of days. They are not invested in the performance or the future of the company. This jacks up the share prices in the first day and then crashes them on the day after. In such a situation, buying the shares at what you perceive is the fair price and resisting at higher prices is key.

The second aspect is that of the lock in period.People associated with the company are issued shares around the IPO with a lock in period. During this period, they cannot trade their shares in the market.Once this lock-in period lapses, in 3 to 24 months, there is a sudden rush to sell these shares and the market gets flooded with extra supply, bringing down the prices.

Invest in an IPO when you have better confidence in your knowledge of the industry, the founders, the company or relevant Government policies. But always invest in the future of the company. Don’t look to just take a gamble and make a quick buck.