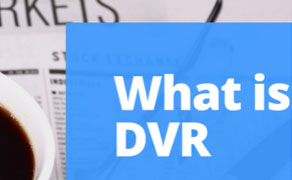 Differential Voting Rights (DVR) shares are shares that are permitted to be issued with differential voting and differential dividend rights. DVR shares are different from ordinary shares in two distinct ways. Firstly, they offer lower voting rights compared to ordinary shares. These DVR shares are therefore very useful for companies that want to raise money in the market without diluting effective control of the company. Secondly, to compensate for the lower voting rights, these DVR shares are paid a dividend premium of 10-20%. This ideally should make sense for the small and retail shareholders as they normally do not participate in the voting process. Giving away part of their voting rights for higher dividends is a good ploy for these shareholders. Additionally, since DVRs have always quoted at a discount of 30-40% in the Indian context, the higher dividend pay-out makes the DVR a lot more attractive in terms of dividend yields. For example, in 2009 the Tata Motors DVR was quoting at a dividend yield of 4.5%, which is extremely attractive from an investor’s point of view.

Over the last 5 years the stocks of Tata Motors and Tata DVR have almost performed in tandem. But while the Tata Motors DVR stock has given a total return of 24.43%, the Tata Motors stock has returned 29.45%. During the same period, the DVR discount over the ordinary share has expanded to 42% as against 35% discount at the time of the issue of Tata Motors DVRs back in 2008. This is largely because the DVR is paid 5% additional dividend compared to ordinary shares whereas the voting rights that they enjoy is just 10% of what ordinary shareholders enjoy. That explains the discount on the DVR and also the reason there is limited demand for the DVRs. Like in the US, Indian companies also need to make their DVRs more attractive to shareholders.

Why have DVRs not taken off in a big way in India?

The fact that only four companies came out with DVRs, in the last 10 years shows that the product has not really appealed to shareholders and to promoters alike. What are the reasons for this lack of interest in DVRs as an instrument?

Liquidity in DVRs has not been too good. While the Tata Motors DVR did see a build-up in volumes after its inclusion in the Nifty, other DVRs have had tough time building trading interest in the stock. That makes it hard to get institutional investors interested in the DVRs, who are anyways unhappy about the loss of voting power.

SEBI had issued guidelines in 2009 prohibiting any company from issuing differential shares with the voting rights or the dividend rights higher than ordinary shareholders. This was a setback for DVRs as additional dividend entitlement for DVRs was no longer possible.

Markets, especially institutional investors, have not been too happy with the way management tussles have played out in blue chip companies like Tata group companies and at Infosys They would still prefer the safety of voting rights to protect themselves.

DVR may be a good concept but unless they are able allow flexible structuring of DVRs like in the US case; this product is likely to find it difficult to take off in a big way!