Does Oil & Gas have reasons to celebrate from the Budget? 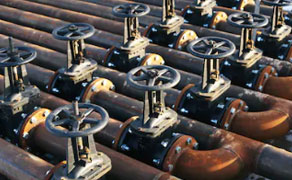 The big question ahead of the budget was whether there will be a decision to shift petrol to GST. Currently, petrol, diesel and oil products are still under the old regime of taxation where there is an excise duty imposed on production and then there are state level taxes, CST and VAT. One of the concerns pertaining to the oil industry was that with rising crude prices globally, the shift to GST would help temper the prices of petroleum products consumers. However, being a highly sensitive subject that was not really dealt with in the Union Budget. One can still expect that this subject will be taken up for a more serious discussion in the forthcoming GST Council meetings. But first what were the major expectations of the oil & gas sector ahead of the Union Budget.

What was expected to be dealt in the budget?
While one budget may be too short to deal with an industry as complex as hydrocarbons, the following expectations were there ahead of the Union Budget.

Gas pricing is still a matter ambiguity and while the government has increased the price of deep gas, the normal gas is still at unviable levels. That is one of the reasons India has not been able to enhance its gas output to the extent required.

A few budgets back the government had discussed about possibility of creating Strategic Petroleum Reserves (SPR) to tide over any supply crisis. However, there has not been much progress on that front. The budget has hardly touched on that topic.

Over the last few months, the government has been talking about reducing its petroleum dependence on global imports from 80% to 50%. However, there is not much by way of policy action in this budget

However, there have been a few minor announcements in the Budget that could have relevance for the oil & gas sector. Here are 3 such budgetary announcements..

Oil subsidy allocation kept static at Rs.24,900 crore
Oil subsidy is the support given by the government to the marginal sections of society by subsidizing the prices of kerosene and LPG. This figure stood at Rs.24,500 crore for the fiscal year 2017-18, but that is understandable because it was a year when prices were starting on an uptrend and the actual price rise happened in the second half of the fiscal. However, the next fiscal year is likely to begin at around the $70/bbl for Brent Crude. The current subsidy allocation assumes the Brent average price at around $51/bbl. That is where the anomaly arises. If the current demand-supply scenario is considered and if you add the fact that oil prices are unlikely to fall before the Saudi Aramco IPO, we may staring at a fairly large deficit. That will either mean higher oil prices for consumers or a bigger subsidy burden to be taken up by the oil companies. Either ways, this is not going to be too positive for the upstream and, especially, the downstream oil companies.

A very marginal shift in the duty structure for oil
The shift has been at best marginal and the impact is likely to be broadly neutral. The cess on crude oil has been kept static and there has been no change since the duty structure was shifted from specific duty to ad valorem duties in case of crude oil. The shift in duty structure is more to favour hybrid products like ethanol-blended petrol and bio-diesel. Ethanol is extracted from sugarcane and countries like Brazil have been using Ethanol fuel extensively to avoid the environmental degradation. India has adopted a similar approach but the net impact on the overall cost structure is unlikely to be significant.

Consolidation could mean more debt for oil companies
The Union Budget has set an aggressive target of Rs.80,000 crore this year for disinvestment revenues. This year the government is likely to almost overshoot the target by 35% and the expectation will be the same next year too. So, the big theme of oil sector consolidation propounded by FM 2 years back could become a reality. The reasons are not far to seek. What happened to ONGC? It took over the government’s 51.1% stake in HPCL for a price of $5.5 billion. So effectively, the government meets its divestment target and India moves towards oil behemoths along global lines. The only problem is the debt. Out of the $5.5 billion that ONGC will pay the government for its stake in HPCL, nearly 50% will be funded by debt. That is likely to add to ONGC’s financial risks substantially. In the coming year if that momentum of consolidation is sustained then we could see a lot more indebtedness in the books of the oil companies. Expect pressure on ONGC, IOC, HPCL and BPCL.

Unfortunately, oil may have had a slightly negative budget this year. The subsidy gap and the debt due to consolidation appear to be the 2 big challenges for the oil & gas sectored posed by the Union Budget 2018.