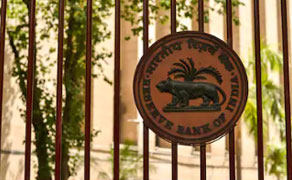 It is quite ironic that most analysts who were talking about rate cuts by the RBI have suddenly stopped talking about rate cuts any longer. But there may be some good news for analysts, especially considering the fact that inflation tapered lower and the IIP production came in higher. How does the inflation and IIP data look like? Do markets expect RBI to cut interest rates and how will the RBI rate cut impact on stock market? Let us first look at how inflation and IIP panned out in the last year..

How inflation panned out..

From a low of 1.54% in June 2017, inflation gradually inched up to 5.21% in December 2017. This sharp rise in inflation was driven by a few key factors. Firstly, the Kharif output in 2017 was not of the same order as 2016 and that led to a rise in food prices. Secondly, crude oil continued to play the spoilsport and with oil prices touching $70/bbl, the overhang of imported crude oil inflation had its impact on most of the sectors. Thirdly, the GST resulted in higher taxes on most sectors, especially service sectors, and this inflation got transmitted down the line. It is only in the last 2 months that inflation has petered to below the 5% mark although the RBI in its latest credit policy still sees the risk of inflation getting back above the 5% mark.

How Index of Industrial Production (IIP) panned out..

There was certainly some respite on the IIP front for two reasons. Firstly, the demonetization last year created a positive base effect in the months of November, December and January and that led to higher IIP. Secondly, there was a serious recovery in the capital investment cycle which was evidenced in the IIP numbers and that could be a positive lead indicator. Thirdly, the corporate top-line and bottom-line have showed a distinct recovery in the last two quarters and if it sustains then the impact on IIP could be more pronounced.

The actual trajectory of the CPI inflation will only be known after the Kharif output for the year is known. That will be a function of how the monsoons pan out during the year. Last year was predicted to be a normal monsoon but the Kharif output was below expectations. Hence the RBI may be wary of cutting repo rates unless it has clarity that food inflation, the major component of CPI inflation, is well and truly under control.

Oil inflation is still the X factor. While crude oil prices have tapered down below the $65/bbl mark, the demand-supply is likely to remain ambiguous till the OPEC and Russia continue to maintain production cuts of 1.8 million barrels per day. Any move closer to the $70/bbl mark could lead to a sharp rise in CPI inflation due to its downstream effects. Also the Saudi Aramco IPO coming out next year will help to hold oil prices at elevated levels.

The RBI realizes that any rate cut at this point of time may not add value till the time it gets to grips with the problem of NPAs in PSBs. It is currently estimated to be around $233 billion but if the PNB fiasco is any indication then the actual figure may be much higher. With that kind of a NPA overhang, it is hard to imagine rate cuts spurring any kind of recovery in credit growth. RBI may as well wait for the full impact of the recovery process including the NCLT process in progress under the IBC.

Lastly, there is the major issue of foreign capital flows, especially into the bond markets. The reason we have not seen any sell-off in bonds by FIIs is that the yields in India have also gone up in tandem. FII allocation to Indian bonds is dependent on the yield differential between US benchmark and Indian benchmark. We saw in 2013 when the spread narrowed, there was an outflow of nearly $13 billion from Indian bonds leading to the INR crashing closer to the 69/$ mark. That is surely a situation the RBI would want to avoid.

While the CPI Inflation and the IIP growth give a theoretical reason for the RBI to cut rates, it is unlikely to cut rates considering the present uncertainty. On the other hand, markets may even have to contend with rate hikes by the RBI if the Fed opts for 4 rate hikes instead of 3. That is something only time will tell!