Does it make investment sense to invest in Mutual Fund NFOs? 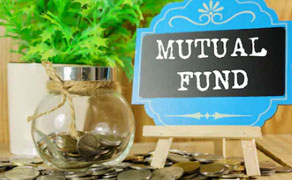 New fund offerings (NFOs) of mutual funds are somewhat like an IPO for equities. When a fund house issues units for the first time or raises fresh funds for a new theme, it is referred to as an NFO. Many retail investors normally tend to prefer an NFO over buying mutual funds in the open market as it is normally available at the price of Rs.10. That is actually the wrong approach. Similarly, many investors invest in an NFO assuming that it is almost similar to an equity IPO issued by companies. That is again far from the truth. In the last few years, SEBI has become a lot stricter with respect to the criteria for issuing NFOs and does not permit AMCs to issue NFO on an existing theme.
While there is nothing wrong about investing in mutual fund NFOs, there are certain popular myths and fallacies that investors must get over. That gives you a better and more rational platform to assess the merits and demerits of a mutual fund NFO. Let us look at popular myths first..

Myth 1: Mutual fund NFOs are exactly like equity IPOs..
That is incorrect, although that is what is popularly believed. There are some subtle differences. Firstly, an IPO is either in the nature of fresh funds being raised for the company or in the form of an offer for sale (OFS). An NFO is for fresh fund raising and there are no limits to the amount of funds that it can raise, so supply is unlimited. Secondly, IPOs have separate quotas for retail investors, HNIs and for institutions. Most IPOs also offer an additional price discount for retail investors. There are no such special benefits to retail investors in case of mutual fund NFOs. Thirdly, the IPO price is determined by the forces of demand supply. Only the price range is determined in advance and actual price is based on the demand for the built book. The NFO has nothing to do with demand as the supply is anyways unlimited. The NFO price is fixed at Rs.10 in all cases.

Myth 2: An NFO is better than a secondary market MF as it is available at NAV of Rs.10..
This is again a popular myth. When it comes to a mutual fund, the NAV has only academic importance. What matters is the level of the market at which you buy the mutual fund, especially in case of an equity mutual fund. Buying a mutual fund in the secondary market at a NAV of Rs.45 is a great idea when the Nifty is quoting at 14 times trailing P/E. On the other hand, investing in a mutual fund NFO at a NAV of Rs.10 is a bad idea if the Nifty is quoting at a trailing P/E of 24. The NAV of the fund is immaterial and what matters is the price at which the funds raised will be invested.

Myth 3: An NFO has a lower cost compared to buying existing mutual funds..
Actually the converse is true. When a mutual fund comes out with an NFO it has to spend heavily on marketing, publicity and distribution. It entails higher costs in the form of advertising, publishing pamphlets, printing of forms and marketing collaterals, road-shows and broker meets across the country etc. Additionally, most brokers and distributers demand upfront commission and trail fees for seriously distributing these mutual fund NFOs. When are these are added up, the upfront cost of an NFO is quite high. Remember, al l these costs eventually get debited to your NAV and hence your NFO will invariably list at a discount to the par value NAV.

Myth 4: NFOs can create value for investors in the long run..
This is again a major myth because most mutual fund NFOs tend to get bunched around the time when markets are at their peak. We saw a string of mutual fund NFOs during the 2006-2007 period and most of them took a long time to get back to par value. Similarly, at the peak of the tech boom in 2000, almost every fund had launched an IT/ICE fund with most of these NFOs seeing up to 80-90% value depletion by 2002. Normally, mutual fund NFOs try to ride the hottest sector in a rally and they also try to capitalize on the frenzy surrounding an equity rally. Either ways, you are likely to start off with a disadvantage.
The irony of mutual fund NFOs is that you will rarely find a spate of NFOs when the market is trading at low valuations. There will typically be a spate of NFOs only when valuations are steep as that is when it becomes easier to sell the idea of an NFO. Most NFOs tend to be sectoral or thematic NFOs and they coincide with market peaks. The Rs.10 NAV is just a myth to be appealing to your eye. Don’t get carried away. Doing a sustained SIP on equity funds with an established track record is a much better choice!