Does the Union Budget 2018 make ULIPs attractive once again? 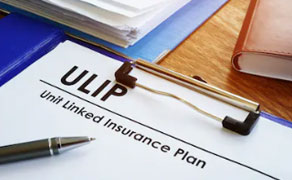 Unit Linked Insurance Plans (ULIPs) have had a chequered history in the Indian markets. When they first began, most investors did not realize the difference between a ULIP and a mutual fund. The problem with ULIPs was that it was largely mis-sold. Investors thought that they were buying an investment product whereas they were actually buying an insurance product which had some features of an investment product. But many analysts believe that Union Budget 2018 and ULIPs could be an interest story of revival. The imposition of the 10% tax on LTCG earned on mutual funds could be a trigger for ULIPs. That is because ULIPs have been exempted from the ambit of LTCG tax and that will only be applied to direct equities and equity mutual funds. Let us look at the Union Budget 2018 impact on ULIPs and whether it has made a case for investing in ULIPs once again?

1.  The key to a good investment product is transparency with regards to the loads, initial costs and the transparency of the portfolio. ULIPs score low on all these counts. Firstly, ULIPs do not make a transparent disclosure of their portfolio and hence ULIP holders do not exactly know where their money is invested in. Secondly, since ULIPs have an insurance component, there is a loading which is very high in the first year and then gradually goes down after that.

3.  Let us come to the LTCG tax aspect. There are a few things you need to know. Firstly, since profits are taxable, losses can be used to write off and losses can also now be carried forward for 8 years and set off in the future. Secondly, it is possible to intelligently plan your withdrawals in such a way that you can keep your annual capital gains within the Rs.1 lakh limit. You can structure in the form of an SWP to overcome the problem.

4.  Let us come to the actual impact of the LTCG tax on mutual funds. While the impact appears to be visually large over longer periods of time due to absence of indexation, the actual impact is not high. For example after a 10 year holding period, the difference in CAGR yield post the LTCG tax is just 100 points. If you hold for 20 years, then the impact is less than 60 basis points. That is the kind of an annualized impact that you really need not worry about.

5.  ULIPs come with a lock-in period of 5 years during which time you can only withdraw with a very huge forfeiture. Mutual funds are liquid from day 1 and you can exit at any point of time and get the proceeds in just about 2 days time. Even if you consider an ELSS which also proffers the Section 80C tax benefits the lock-in period is much lower at just 3 years.

6.  It has been observed that even if you consider the impact of taxes on LTCG, the ULIP can become as profitable as a mutual fund only after 10 years of holding. Till then the upfront loads on ULIPs are so high that it takes a long time to recover the costs. Therefore, there is no great advantage in opting for ULIPs over mutual funds even after considering the LTCG Tax.

7.  Last, but not the least, mutual funds are more amenable and flexible enough to be part of your financial plan. When you create your plan, you have clear demarcations for your insurance needs and your investment needs. You take term policies based on your insurance needs and invest in mutual funds of equity and debt based on your return and liquidity requirements. As a solution, mutual funds fit more eminently in that position. ULIPs, with their lack of transparency, are not really favoured in your financial plan. Also, ULIPs have a huge cost of exit, which is not the case with mutual funds.

The bottom-line is that despite the LTCG tax on equity funds, they are a more elegant and useful product for your financial plan compared to ULIPs. Rather vote for transparency than try to let an enthusiastic salesman sell an opaque product to you