Does the monetary policy hint at rate hikes in 2018? 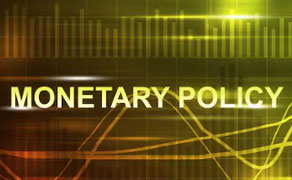 This statement clearly indicates that the RBI sees a revival in global growth to 3.8% as projected by the IMF. Also revival in growth in EU, Japan and the US could virtually signal an end of the accommodative policy of these central banks. The UK’s Bank of England has already hinted at rate hikes and the US now wants to increase the rate hikes from 75 bps to 100 bps during 2018. This will be synchronized with higher growth and higher inflation. When there was a synchronized crisis in 2008, all global central banks went dovish. That has changed to a hawkish stance.

These high frequency indicators are indicative of a mood when it comes to the revival of the capital cycle and the demand in the economy. Commercial vehicle sales are normally a lead indicator as is improvement in cargo volumes. These are very strong lead indicators of a revival in growth and that means that we could see IIP and GDP growth coming back in the second quarter. While the GDP growth was much lower in the first half of the fiscal, the second half is likely to see revival closer to the 7% mark. The high frequency indicators, if sustained, also indicate that the growth revival could accelerate in the coming quarters. This is again a strong case in favour of a hawkish monetary policy to keep inflation in check when growth revives.

Policy statement on Retail Inflation:
“CPI inflation has increased for the 6th consecutive month due to housing inflation after the implementation of higher HRA for government employees.”

What one has seen in the last few months is not just the revival in retail inflation due to a combination of core and non-core inflation, but also a revival in inflation expectations to higher levels. This has been a major base case for higher rates in the coming months. The RBI comfort level of 4% has been long crossed and the RBI policy has also projected inflation at above 5% in the first half and slightly below the 5% mark in the second half. Inflation sustaining below 4% was a benchmark for rate cuts. Now rate cuts are out and there is a base case for hiking rates from here on.
The bigger indicator is inflation expectations as embedded in the monetary policy statement. Household inflation expectations are in the range of 6-8%, which is more indicative as it is based on the actual inflation experience of households. Also the payouts to government servants, greater budget spending and easier credit will also fuel retail inflation higher. From an inflation point of view, there is surely a strong case for a rate hike in this year.

Policy statement on liquidity conditions in the market
“The liquidity situation in the system is still in surplus mode but it is gradually and definitely moving towards a neutral situation.”

While inflation is a key driver for long term yields, liquidity is the key driver for yields at the shorter end of the yield curve. Since the demonetization there has been surplus liquidity in the system as banks have been flush with funds. That has kept yields at the short end low which explains why the money market yields have fallen so sharply in the last few years. But with the market returning to neutral liquidity, we could again see rates in the short end rising and putting pressure at the long end too. We have seen credit picking up and that will imply further tightness in the liquidity. That again means we could upward pressure on rates and yields.
The monetary policy statement in February has given some obvious hints about the possibility of rate hikes in the calendar year 2018. The extent of rate hikes will largely depend on the Fed outlook. For now, the focus is on domestic inflation!