Fugitive Economic Offender Bill - What it means to you.. 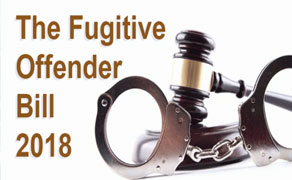 The whole issue began with the PNB fiasco which was first unearthed a little over a month ago. It emerged that an employee of PNB at the Brady House branch of PNB had colluded with Nirav Modi group of companies and had issued them fake Letters of Understanding (LOUs) to the tune of $2 billion. An LOU is like a guarantee issued by an Indian bank based on which the foreign branches of other Indian banks lend to the end client. It is based on these LOUs issued by PNB that other banks had lent up to $2 billion to the Nirav Modi Group. Immediately on default, the liability devolved on PNB as other banks demanded PNB to make good the loss considering that they had issued the LOUs.

While PNB will eventually make good the loss to other banks, it raises some serious questions. How did PNB manage to consistently finance NIrav Modi group by flouting all standard bank practices? Why did the other lending banks or the RBI get a whiff of this scam during their audits and due diligence even though this had been going on for over 6 years? Lastly, even as Nirav Modi and his uncle Mehul Choksi of Gitanjali Gems managed to skip town and go abroad, what is the recourse that the Indian banks have against them? Remember, over the last few years nearly 31 such promotes have defaulted on loans to banks and absconded abroad. Earlier there was Lalit Modi and Vijay Mallya and even the chairperson of Winsome Diamonds had rushed abroad after defaulting on loans to Indian banks. Mehul Choksi and Nirav Modi were just the latest in a series of such instances. It is curb such practices in future that the government has passed the “Fugitive Economic Offenders Bill”.

The Fugitive Economic Offenders Bill aims to stop economic offenders from leaving the country to void the due legal process in India. To begin with, only offences above Rs.100 crore will be covered by the said Bill. This is more to avoid clutter of too many legal processes initiated without commensurate benefits to the government.

The Director while filing the application will also have to list out the properties in India and abroad (with their value), which are believed to have been purchased with the proceeds of the crime. The director can recommend immediate confiscation of all these properties as per the rule of the law.

There is an interesting clause here which could give sleepless nights to the economic offenders. Under this clause, the Director can attach properties that are held in by the Economic Fugitive in his own name as well as in benami names or in the name of proxies like minors. This widens the range of properties that can be attached.

The catch is that this Bill is effective with prospective effect and not with retrospective effect. That means; offenders like Mallya, Mehul Choksi and Nirav Modi may find themselves outside the purview of this bill. However, the Director does have the powers to declare someone an economic offender even if the crime is already committed.

The Bill is likely to act as a major deterrent to future such offences, especially since even benami properties can now be confiscated and disposed of. It is surely a good start towards curtailing white collared crime in India.

Even as the Bill is commendable in intent, there are some challenges in implementation. Firstly, the ban on sale of property could become a source of future litigations unless the mala fide intent has been proved beyond doubt. Secondly, selling the property without a trial may again be an issue of litigation, especially since in many cases the crime is hard to prove. There should not be any arbitrariness in the process. Thirdly, it has been seen in the past that such attached properties sell like distressed properties and are hard to sell. We saw that in the case of Kingfisher House in Mumbai and Amby Valley belonging to the Sahara group.

To cut a long story short, this is a good beginning. The government must work urgently to plug gaps in the legislation to make it really meaningful and a proper deterrent for such cases of white collared crime in India.