Global Equity Markets at all time high - What now 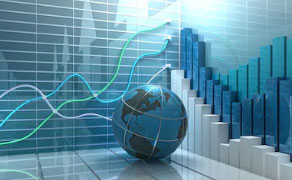 It is not just the Dow Jones, the NASDAQ and the Indian markets that are at a peak. Across the world, many equity markets are at all-time highs. Of course, the Japanese Nikkei is still way below the level of 40,000 that it touched in 1989. But even Japan has rallied sharply in the last 4 years and many of the others in Europe are either at their all time highs or close to their all-time highs.

The last one year has been a frenetic time for markets across the world. The chart below captures a gist of some of the key equity markets in the last 1 year..

In the last 1 year markets like the US, India, Japan and even Germany have given huge outperformance. Judged against the risk-free rates in most of these countries, these returns reflect a huge outperformance by the equity markets. Global equity market performance can not only be judged by World stock market live indices, but also by the shifts in global market capitalization. As we take stock of the Global stock market news that triggered the rally in the last 1 year, let us also look at a much broader perspective at global market capitalization and the worries therein.

What drove equity markets in the last 1 year?

The big equity rally began with the Trump Trade in November 2016. Two of the major pre-election promises made by Trump were a proposed cut in corporate taxes and a $1 trillion investment in infrastructure. Trump is on target on both these promises. A tax cut will literally release billions of idle dollars and get used up for capital cycle investments. Apart from corporate tax cuts, individuals will also get tax deferments and this will trigger a virtuous consumption cycle. Above all, the $1 trillion infrastructure investment plan is expected to trigger a demand pull downstream impact in the US as well as across the world.

World economies returning to growth was another reason for the buoyancy in equity markets. Unlikely markets like Europe and Japan have reported a sharp turnaround in GDP performance. The Manufacturing PMI (factory sales) flowing in have also been encouraging. The rate hikes by the Fed can be looked at in two ways. Firstly, there could be a concern that cost of debt is going up. Alternatively, one can also look at rate hikes as a confirmation of growth by the government. It is only when growth and spending happen that inflation goes up; making a case for rate hikes. During the last year, most of the world economies have interpreted the US rate hikes as an affirmation of growth coming back.

Commodity prices have contributed in a big way to the world markets. Remember, benefits do not flow only to commodity driven economies in Middle East, Africa and Latin America. Some of the heaviest stocks in most of the global indices are directly or indirectly linked to commodity prices. With most industrial commodities, including oil, up by over 50% in the last year, the impact on stock market heavyweights has been positive.

But watch out for the global market capitalization..

Firstly, the Federal Reserve has already raised rates by 125 basis points since December 2015 and could hike by another 100 basis points in 2018 alone. That could take the cost of capital to a level where current equity valuations could be unsustainable. Secondly, there is the bigger liquidity issue. The US, UK and possibly Japan could initiate liquidity tightening during the year. That means the $10 trillion of bond liquidity that is floating around in the system may suddenly be reduced. At these valuations, this reversal of liquidity continues to be the biggest risk for global equity markets. The market cap of $100 trillion is surely a time to look back and be cautious. The two assumptions of low rates and ample liquidity are coming into question. Probably, 2018 may have clearer answers!