Impact of Demonetization on IIP 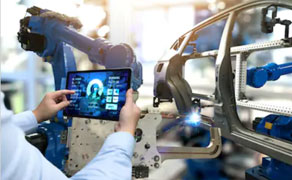 The index of industrial production (IIP) for the month of April 2017 came in at 3.1%; lower than the 3.8% IIP recorded in the month of March 2017. Manufacturing growth, which constitutes nearly 75% of the overall IIP growth, continues to be tepid compared to mining and electricity. That divergence could be largely explained by the fact that the mining and electricity segment are largely driven by government policy and legislations and it has been positive for both these sectors. However, the manufacturing sector output largely depends on the private sector, which has not been able to increase its production due to insufficiency of demand.

In fact, if one looks at the chart below, the IIP has been on a consistently downward trend since the middle of last year. With most industrial sectors operating at around 70% of overall capacity and demand growth being tepid, IIP was largely driven down by the manufacturing factor. In fact the demonetization drive that commenced in November 2016 was largely instrumental in steepening the fall in IIP. In fact, till November 2016, the manufacturing growth was above the overall IIP. It is only after November, that the manufacturing has dipped below the overall IIP and exerted downward pressure on the overall IIP. But first, how demonetization impacted the IIP?

Delineating the demonetization effect on IIP..
The demonetization drive involved the extinguishment of all notes of 500 and 1000 denominations. In value terms it was around $200 billion and represented over 80% of the currency under circulation. Although the government also started to simultaneously remonetise, it could not keep pace with the demonetization and that resulted in a major liquidity mismatch across India. Purchase managers deferred purchase decisions and production was kept at the bare minimum affordable level. At the consumer end, the cash crunch impacted a plethora of businesses like financial services, micro-financing, cement, construction, entry level vehicles etc. This compression in demand forced companies across the board to curtail production, which led to this sharp fall in the IIP. With cash at premium, most companies put key investment decisions on hold. The result, as is visible in the above chart, was the sharp fall in manufacturing growth in the immediate aftermath of the onset of demonetization. The shaded area in the chart depicts the demonetization impact. The question is whether the worst may be over in terms of demonetization impact on the IIP? Or, whether the lag effect of demonetization will continue to be felt in the months to come? How to deal with Demonetization

Getting clues from the sector-wise performance of IIP..
While the IIP and the manufacturing appear to have made a bottom in the months following the demonetization, the RBI has still remonetised only 85% of the total currency impounded. Hence the tightness may continue for some time and the lag effects of the same may be visible on IIP and the manufacturing sector for some more time. In terms of specific groups, the pharma and botanical products showed a 29% growth. However, that could be due to certain enzymes and antibiotics being included in the new IIP series. The big positive is that the manufacture of equipment and machinery has shown a 9.5% growth on a YOY basis. This is normally a lead indicator of a pick-up in factory demand which indicates that purchase managers and CFOs are a lot more confident of investing in capital assets.

On the negative side, there has been a negative growth in motor vehicles. But that could be attributed more to the Supreme Court decision to ban the sales of BS-III vehicles after April 01st 2017. This forced the motor vehicle companies to focus more on disposing of their existing inventory rather than on fresh production. Also, some fresh buying decision are being delayed due to the likely onset of GST from July 01st. But the bigger positive trigger is when you look at capital goods in user-based terms. . While the sector still shows (-1%) de-growth, it has come down sharply from the negative growth in previous months.  That could again be an indication of a bottoming out of the capital investment cycle in India. All you need to know about Currency and Forex Trading

Demonetization pressure may actually be receding..
The fact that the IIP growth is now sustaining above the 3% mark for March and April is a good signal. Of course, we will have to await a more valid confirmation, which should be evident in the next couple of months. But the bigger takeaway will be whether the pick-up in production of machinery and equipment is sustainable or more due to the base effect. If that also sustains in higher single digits for the next couple of months, then it will be a much more valid affirmation of the waning of the demonetization effect. By then, if the fiscal measures have an impact on demand and the RBI also cuts rates to enable easier flow of credit, it could be the icing on the cake for a full-fledged bounce out of the demonetization zone for IIP.