Has the Union Budget given a boost to cement demand? 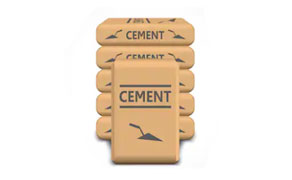 What does the Union Budget mean for the cement sector? Normally the cement sector is more a function of regional supply and demand as well as the pricing power in the hands of the supplier. With the excise duties, VAT and CST on cement now subsumed into GST, there was little scope for any tax tinkering apart from customs duty. However, the cement demand is largely a function of government demand and that is dependent on the infrastructure spending that the government is planning. So, what does this budget mean for the cement industry in general?
Last year, the Union Budget had focused largely on low-cost housing and the push for national highways. That story has fructified in a good performance of many cement companies in the last 1 year. Going ahead, what does this budget hold?

The big story for the cement demand in this budget is the infrastructure story. There is a massive allocation of Rs.152,000 crore for roads in the current budget. Out of this budget, Rs.91,700 crore will go towards national highways which is on target for the completion of 35,000 KM of additions in the next few years. The balance money will be spent by the Ministry of Roads and the Pradhan Mantri Gram Sadak Yojna, The bottom-line, is that this boost to infrastructure, especially roads, is going to be a big boost to cement demand.

In this budget, the government has made an allocation of Rs.14.34 trillion for creation of rural livelihood. This includes small, medium and large infrastructure projects in rural areas which will not only provide alternative employment but also spur demand for cement. In addition, the allocation of Gram Panchayats has been hiked by 15% while the allocation to irrigation has been hiked by 28% in this Union Budget. All these are likely to be value accretive for cement demand.

There is an allocation of Rs.148,000 crore that the government has made for the Indian Railways and this includes dedicated freight corridors apart from a major investment in passenger and public safety. There is also a massive track expansion and renewal plan which is again going to be accretive for cement demand.

Private housing is still a major consumer of cement and a driver of incremental cement demand and price for the cement companies. With major metros sitting on surplus inventory, the private residential business is still not taking off in a big way. The RERA rules have only made the life of the builder a little bit harder. What the government could have done was to make the tax benefits under Section 24 of the Income Tax Act more in tune with the current times. For example, the limit is currently at Rs.2 lakh per annum and that is not sufficient to cover the cost of even mid-sized properties in second tier cities. The situation in tier-1 cities is much more complex. The Section 24 benefit could have been extended at least to the level of Rs.3 lakh per annum and that could have provided a big spur to investments in housing.

In the Union Budget, the government increased the cess from 3% to 10% under the banner of Social Welfare Cess on all imports. However, cement being a critical commodity they could have exempted the industry from this levy. The cement industry relies heavily on imported coal and pet-coke and that will take the cost marginally higher. The exemption would have come as a major boost to cement, especially considering that cement has strong externalities and also a strong multiplier effect on downstream demand.

In a nutshell, cement industry has had some very marginal benefits in terms of demand creation. However, a lot remains to be done to give a real boost to this sector!