Has the budget given a big boost to infrastructure sector 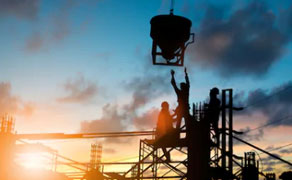 To begin with the budget has reported infrastructure projects worth Rs.9.46 trillion being fast tracked. These projects had been stuck due to a variety of reasons including environment and land clearances. This clears up a huge backlog of funds and resources that were stuck up in these projects.

The budget has given another boost to the Smart City program with an Rs.2.04 lakh crore of allocation to creating 99 smart cities. These smart cities will be typically Tier-2 and Tier-3 towns which now share the burden of urbanization more equitably with the larger cities.

The budget also announced the completion of 9000 KM of highways during the year and this part of the massive 35,000 KM plan across India at an estimated cost of Rs.535,000 crore. This also part of the Bharat Mala project.

The budget has also announced the redevelopment of 600 major railway stations with compulsory escalators in all stations with footfalls exceeding 25,000.

Airport infrastructure is another area of focus at a time when the aviation traffic is growing at over 18% annually. The UDAN program will now be extended to 56 un-served airports and 31 un-served helipads in the country to improve the air infrastructure in India.

The government had proposed REITS and InvITs to monetize property assets some time back but they are yet to back. The government will give a boost to InvIT by monetizing select CPSE assets through the InvIT model. This could also provide a boost to the InvIT model which can be very meaningful for massive infrastructure projects in separating ownership and operation.

For infrastructure to be developed it needs to be funded and that requires a vibrant secondary debt market. A beginning has been made by mandating that large corporates should raise 25% of their debt requirements only through the debt markets and only the balance can be raised through banks.

As part of the rural infrastructure, the budget has undertaken connecting over 1 lakh Gram Panchayats through fibre optic connectivity. This could be a big boost to connectivity among rural areas.

There is a special allocation of Rs.14.34 lakh crore for generating rural livelihood. A large part of this will include measures to improve the rural infrastructure and it will include roads, bridges, highways etc which will generate alternate employment for rural areas

There has been a 21% increase in allocation to infrastructure in the current budget up from Rs.4.94 lakh crore last year to Rs.5.97 lakh crore this year. Infrastructure is the key because it has strong externalities. The multiplier effect of infrastructure in India is more than 1.5 and that is likely to be a big factor boosting growth in the coming years.