How GST is expected to impact housing prices 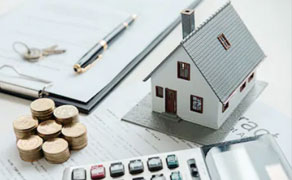 Over the last 6 months there have been a few key events that have had larger implications for the housing prices in India. For example, the demonetization last year almost brought cash transactions to a halt and brought second home purchases almost to a standstill. This compression in demand was responsible for lower property prices. Secondly, the Real Estate Regulation Act (RERA) was passed this year across states and that brings much greater demands for transparency and governance in real estate projects. Finally, the implementation of GST is also likely to have some interesting implications for real estate sector in India. At this point, it must be emphasized that any impact on real estate prices will be due to a combination of demonetization, RERA implementation and GST going live. Hence it will not be practical to delineate their individual impacts separately. What we will explore here is how GST will impact the different stakeholders in real estate transactions.

Simplification of tax structure in real estate transactions
Today most real estate transactions entail a higher compliance cost in the form of multi-tier tax structure, different points of taxation and lack of transparency. When a home buyer purchases a property the component of various taxes is not too clear. For example, there is the value added tax (VAT) which is payable on the materials used in construction. Then there is the service tax that is payable on the labour and other allied services provided. Then, of course, there are a plethora of state and municipal level taxes that are also applicable. Al that gets simplified by having a flat 12% GST, which will subsume all the above taxes mentioned here. In the interest of simplicity and transparency this will go a long way. The only missing piece in the entire structure is that stamp duty will continue to be levied as before by each state at a predetermined rate. It would have been better from a buyer’s perspective if stamp duty also had been subsumed into the GST, but that was perhaps too delicate to push through at this point of time.

The big benefit will be via the input tax credit (ITC)
The biggest benefit of the GST will be that the cascading effect of multiple levels of taxation will get mitigated. In the pre-GST scenario, taxes paid on inputs were not available as a set-off against the tax payable on output. That created a cascading impact on the final product as the end consumer was forced to pay dual taxes on the same product. Let us assume that the builder has paid Rs.120 as taxes on inputs and the final tax payable on his output is Rs.300. What happens in the two scenarios?

In the pre-GST scenario, the builder will have to still pay tax of Rs.300, which means that the project is being overtaxed to the extent of Rs.120 and the cascading effect of this dual tax will get passed on to the end consumer. In the post-GST scenario, the situation will be more favourable to the buyer and the builder. The GST being a value-added tax, the builder will have to pay tax only on the value addition. So out of the total tax payable of Rs.300, the builder gets a credit of Rs.120 for taxes paid on inputs and therefore the net tax payable is just Rs.180. This lower tax impact will enable the builder to pass on these benefits to the end customer, in the process paving the way for a larger market.

GST rates on inputs to construction
What will eventually also matter will be the impact of the shift in GST on inputs that go into construction. Let us sample a few key inputs that will go into construction in the pre-GST and the post-GST scenario. Cement will face a GST of 28% against the current impost of around 24% while iron rods and pillars will see the tax incidence come down from 20% to 18%. Paints, fittings and ceramic tiles will see their tax impost going up from 25% to 28% while fly ash and lime bricks will see the GST come down from 6% to 5%. How does this impact the eventual cost of construction? In the above cases where the tax rate has gone up, it will be neutral as the credit will be available from the eventual tax payable in the form of ITC. Lower input taxes will reduce the eventual price which can be passed on by the builders to the buyers.

Clarity is awaited on land abatement
This continues to be a grey area and hopefully the GST Council will be coming up with a clarification. It pertains to abatement on land cost while calculating the service tax to be eventually charged in under-construction projects. The GST has already brought all under-construction projects under the 12% GST bracket. But the issue of abatement on land prices is not yet clarified. In smaller towns and sub-metros, the cost of land is just 10-15% of the total cost. However, in cities like Mumbai, Delhi and Bengaluru, the land cost could be as high as 40-50% of the eventual cost of the property developed. In such cases, the availability of abatement benefit will make a huge difference to the eventual price.

In a nutshell, the real estate sector will benefit from greater transparency and the advantage of lower cascading effect. The onus of translating these into actual benefits will lie on the developers!