How MIPs can be a useful tool for earning regular income 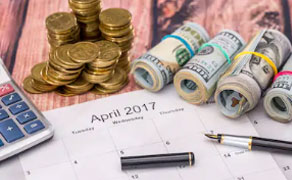 Monthly income plans (MIPs) have emerged as a distinct class of debt funds. There have been a lot of confusing signals sent out by the name MIP. It needs to be clarified that an MIP is not an assured income product. Additionally, it is also not a sure-shot recipe for getting higher return. Normally these MIPs tend to outperform the traditional avenues of fixed income investments like bank FDs and corporate FDs and are also relatively more tax-efficient. That is the one advantage that comes with MIPs. But, first let us understand the concept of an MIP.

What is the concept of MIP all about?
An MIP is a debt oriented fund which pays out dividends on a regular basis. You can opt for a monthly income plan or even a quarterly income plan. Such MIPs are only allowed to distribute dividends to fundholders out of the income earned on the instruments held by them. They cannot distribute dividends out of capital. An MIP is the reverse of a Balanced Fund. An MIP invests predominantly in debt and a small portion of 20-25% in equity. This equity component helps them earn the requisite alpha and thus enhances the returns on the MIP as a whole. While the dividends are tax free in the hands of the investor, there is a Dividend Distribution Tax (DDT) that the fund pays and that reduces your overall dividend. Essentially, the MIP is designed in such a way that you can work backwards and invest based on what amount you want to receive as income each month. That is the reason many investors tend to confuse it for an assured return scheme, whereas actually it is not!

Three things you need to know about an MIP..

As mentioned earlier, the MIP can only declare dividends out of the profits made by the fund and not from the capital. Profits for the fund will come from 4 sources viz. interest on debt instruments, profits from debt trading, dividends on equity holdings and profits on equity trading. The MIP cannot pay any dividends out of its capital.

The second follows logically from the previous point. Since the dividends can only be declared out of income and not from capital, the fund needs to make profits to declare dividends. That means if it makes losses then there cannot be any dividends. The MIP, therefore, is not an assured return scheme, as is popularly believed. In the event of bad performance of the fund it will not be able to declare any dividends. There is not SEBI stipulation that calls on these MIPs to pay dividends regularly. That is entirely your risk as an investor.

What are the tax implications of MIPs?
Let us understand that MIPs are debt funds and hence they are taxed like debt funds. They are subject to short term and long term capital gains tax like other non-equity assets. The only difference is that in case of MIPs, like in debt funds, the cut-off for long term is 1 year and not 3 years. Here are the highlights of the tax implications of MIPs..

Dividends declared by the MIP are tax-free in the hands of the investor but are paid out only after deducting DDT at the rate of 14%.

Long term capital gains on MIPs, held for a period of more than 1 year, are taxed at a concessional rate of 10%.

Losses on MIP can be either set off against gains or can be carried forward for a period of 8 years for future set-off.

Why MIPs make sense for regular income..
While dividends on MIPs are not technically assured, most MIPs make it a point to pay out regular dividends since that is the market expectation. Of course, there are exceptional times, but normally such dividends are paid out regularly. For retirees seeking regular income, they are able to earn above average returns through exposure to equities and also earn regular income via dividends. Therefore for investors seeking regular income and an investment horizon of 3-4 years, MIPs have worked out to be the best option. Of course, remember that MIPs are prone to mis-selling so don't believe the assured returns sales pitch. But MIPs are a great product nevertheless!