How can investors benefit from the recent market correction? 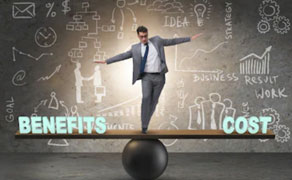 Stock market correction can be quite a misleading term. That is because the market is normally not a macro story but a series of sub-stories. The table captures the percentage returns on some key sectoral indices since the Nifty touched its peak on 29th January..

While the Nifty has definitely come under pressure after crossing the 11,100 mark, the correction has not been uniform across the various key sectors. For example, private banks and PSU banks are the worst hit among the sectoral components. That is for obvious reasons as we shall see later in our strategies. The more consumer driven sectors like FMCG and Auto have not been overly impacted. Interestingly, the mid-cap index has outperformed the Nifty as it has been less vulnerable to these gyrations. The chart below captures the price performance of these sectors to a scale of 100 to give a more comparable picture.

What triggered this correction in the first place..?

Market corrections are normally a function of a variety of factors. In this case, the correction was driven by 5 key factors..

Markets were worried about the rising bond yields in India and globally as it made a strong case for bond yields over equity yields and also meant bond MTM losses.

Finally, the PNB and ICICI Bank cases raised some serious questions over the levels of transparency and governance in Indian banking

1.  First and foremost, there are certain stories to be cautious about..

At a conceptual level, high leverage companies are a strict “No” in these markets. Secondly, this market is going to reward efficiency so focus more on companies with above industry average OPMs. PSU banking as a sector is better avoided since the extent of bad loans is still not too clear, nor is the way the banks are going to be recapitalized in the coming months. Metals could have a worry if the global trade war translates into a fall in industrial demand. While steel may still benefit from domestic consumption, other industrial metals may not have a happy period. Metals, overall, are better avoided in these markets.

2.  Look at the big consumer story in the Indian markets..

There have been a lot of triggers for consumption in the last couple of years. The GST has helped make a lot of items of mass consumption cheaper. The government has given a big boost to urban consumption via liberal payouts in the last Finance Commission, especially to retirees and the armed forces. Rural consumption has also got a big boost from the last 2 budgets that have focused on expanding rural jobs and rural incomes as well as improving the MSP of the farmer. Two sectors viz. Automobiles and FMCG have hardly corrected compared to the Nifty as can be seen from the relative price charts. That is where strength and not without reason. The consumer play is what you must bet on now.

3.  Bet on selective stories that are immune to local and global concerns..

The advantage of any market correction is that it offers quality stocks at attractive prices. Take the case of private banks. The consumption story is still strong, banks are still expanding and rising bond yields and NPAs are not really a worry. The sharp correction in private banking index is more due to the inordinate influence of ICICI Bank and Axis Bank, both of which have had their individual issues in terms of NPAs, transparency and internal vigilance. But private banks with more robust business models and better quality of assets. Interestingly, the mid-cap index has also held better than the Nifty which shows that the concerns are more macro rather than at a stock level. Mid-caps have already seen corrections in the past and the fact that they are showing strength in weak markets makes a case for selective mid-caps with strong growth and robust margins.

4.  Look at asset classes beyond equity too…

If the trade war and the uncertainty over the US Fed guidance continue then the financial markets may be in a state of flux. Interestingly, gold prices up by 20% since the bottom made in December 2017 and it remains one of the best performing asset class. Gold has typically done very well in times of global uncertainty and that is an asset class one should consider. Secondly, the immediate risk of bond markets appear to be factored and one can look at buying long dated bonds at current levels to capitalize on a reversal in bond yields. However, that would be a slightly high risk trade.

The theme for investors is to focus on the consumption driven sectors, identify strength within the weaker sectors and also look at alternate asset classes. More often than not, best buying opportunities are only available during a correction!