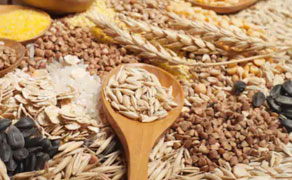 1.  Supply disruptions and gluts..
The supply flow is a key data point that impacts the price of agri commodities. A classic instance is the production of commodities like Coffee, sugar and cocoa. While Brazil dominates the production of coffee and sugar, it is Ghana that dominates the production of cocoa. Any negative weather conditions, extreme heat conditions due to the impact of El Nino or even a major locust attack on these crops can have a deep impact on the price. Similarly, when Brazil started to increasingly transfer more of its sugarcane output to production of ethanol to blend with fuel, it had a serious impact on the prices of sugar. In India, the glut in production of pulses last year was largely responsible for the sharp fall in the price of pulses. If pulses are showing negative inflation, it largely owes to the glut in the last one year.

2.  FMCG Demand
Demand from fast moving consumer goods (FMCG) companies is a key factor driving the price of agriculture commodities. For example, with rising standards of living in countries like India, China and parts of Africa in the last few years, there has been a perceptible increase in the demand for packaged foods and processed foods. For most of these packaged food producers, the most important input is agri products. We have seen in the past that when a such a big shift takes place, it leads to a major shift in price of these agri products as FMCG companies are willing to pay a higher price for assured procurement. Similarly, the rise in rural incomes in India is likely to lead to greater demand for packaged and processed foods from rural areas. That is likely to spur the demand for these agri products.

3.  Seasonal and weather conditions..
In the case of agri products, the flow of data on the seasonal front have a very important bearing. For example, in India the IMD prediction of the probability of rainfall has a huge bearing on the prices of these agri commodities. Similarly, the timely arrival of the monsoons and the spread will make a huge difference to the output and eventually to the price of agri commodities. For other commodities, there can be very seasonal factors like pest attacks, locust attacks, increased moisture, dryness in the air, torrential rainfall and drought conditions can make a substantial difference to the price of agri commodities.

4.  Imports and exports of agri commodities..
Global prices of agri commodities are not only influenced by the global production but also by the imports and exports, which are largely driven by government policy. For example, last year not only was there a glut in production of pulses in India but also imports became cheaper due to a strong rupee and exports had their own set of restrictions. This increased the supply of pulses in India and led to a sharp fall in the prices. In most countries, the data on landing of agri commodities at the ports tends to have a major impact on the prices of these commodities. For example, if the shipments are getting delayed due to geopolitical strife or if shipments are getting re-routed due to risk perceptions, then it can have a meaningful impact on agri commodity prices. In the case of India, the domestic prices of pulses remained low during the year due to the impact of export restrictions. These restrictions are expected to be relaxed this year and that could constrain supply within India and push up the prices.

5.  Standard of living of consuming nations..
This trend has been a key factor across countries like China, India, South Asia, Africa, Indonesia and Eastern Europe. Rising standards of living led to a spurt in demand for food. The impact was much more pronounced in case of China, India and Indonesia due to their relatively larger populations. The shift in the standard of living has generated greater demand for cereals, pulses, marine products, high protein meat products etc.

For most agri products the world over, it is essentially weather-related factors that tend to swing the commodity prices. That is perhaps, the one data point that one really needs to watch out for.