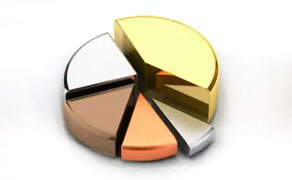 When you talk of precious metals, it covers a wide spectrum to include, gold, silver, platinum, palladium etc. However, from the perspective of global economics, the one precious metal that really dominates is gold, followed by sliver. Hence our focus on underpinning factors will be more on gold and silver. If one looks at the history of gold prices in the last 50 years, there have been two multi-year bull markets in gold. The first multi-year bull market began in 1971 when Richard Nixon abandoned the gold standard as a peg for the dollar. Supported by the geopolitical crisis of the 1970s gold prices rallied from $40/oz in 1971 to a high of $910/oz in 1979. The second major rally in gold came after 9/11. From a low of $300/oz gold rallied all the way to $1900/oz in 2011, with the biggest thrust for gold prices coming post the Lehman crisis in 2008.

Gold and silver are driven by a plethora of factors as under:

One of the most important factors influencing the price of gold is the value of the dollar. A strong dollar normally leads to weak gold prices and vice versa. Any data flow that makes the dollar strong will tend to make gold prices weak. Which is why, when the Fed hikes interest rates, gold is negatively impacted because higher interest rates will increase the demand for dollar assets and make the dollar stronger.

Central bank policy also has a major impact on the price of gold. For example, in the last 5 years, the world's largest crypto currency, Bitcoin, has come into prominence purely because it has limited supply. This is unlike the fiat currencies like the Dollar, Pound, Euro and Yen wherein the central banks can print unlimited currency. The big advantage is that gold also has limited supply and that makes it an ideal alternate currency. With the central banks having substantially debased their currency through quantitative easing, gold is obviously in demand.

Central bank holdings also have an important bearing on the price of gold. Most central banks hold gold as part of their currency reserves, although a majority is held in hard currencies like the dollar and the Euro. But central banks do keep shifting their reserve decisions. After the 9/11 attacks, many Middle Eastern nations shifted their forex reserves from Dollars to Euro and gold. Similarly, many European central banks of countries like Switzerland, Sweden and Finland have been increasing their share of gold in the forex chest. China has also been adding to its gold reserves on every dip. This kind of central bank demand goes a long way in impacting gold prices.

Lastly, there are the all important supply and demand factors impacting gold prices. Gold and silver supply has been largely limited from a domestic perspective. Sliver has much larger industrial applications compared to gold and hence demand pick-up has a bigger bearing on silver than on gold. In case of gold, India and China are the biggest consumers of jewellery but then jewellery has hardly been the swing factor impacting gold prices. At best, consumer demand for gold can act as a support for gold prices.

In a nutshell, gold continues to be the best bet in times of uncertainty. While sliver prices are at least, partially, determined by industrial demand, the narrative is entirely uncertainty related in case of gold. But then, that is the way it has been for over a century now!