How the Greater Fool theory plays out in bull markets 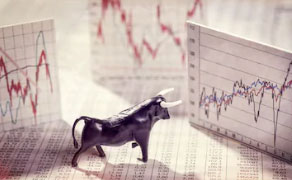 During the peak of the bull market in 1992 ACC had appreciated many times over because the theory was that cement companies must be valued based on their replacement cost and not based on earnings. Back in 2000, investors continued to buy technology stocks in the hope that technology was transforming the world and therefore technology stocks will keep going up perpetually. In 2007, real estate stocks in India were quoting at unimaginable valuations (P/E ratios) because the belief was that real estate stocks should be valued based on the value of the land bank and not on earnings. More recently in 2017 Bitcoins have appreciated from around $1000 to $20,000 in a span of less than 12 months. We know that the first 3 cases saw a huge implosion and led to tremendous destruction of value. Bitcoin rally is still on but the underlying theory in all the 4 cases is the same. They are all based on the Greater Fool theory.

An enticing explanation backing the Greater Fool theory..
Traditionally, the Greater Fool theory has always been backed by an extremely enticing and futuristic theory of why the asset is undervalued. It happened to cement in the early 1990s, to technology stocks in late 1990s, to real estate stocks in the mid-2000s and now it is again happening to Bitcoin. The theory favouring Bitcoins is that it is likely to be the next big currency. After all, the supply of Bitcoins is limited so central banks cannot go on endlessly printing currency. Whoever can lay their hands on Bitcoins will reap a harvest in the future. This has led to investors and traders entering this new asset class even at levels that are hard to explain. How the Bitcoin story will eventually pan out is not clear yet but surely there is a strong element of the Greater Fool theory at play here..

Greater Fool works when you believe that "This time it is different"..
Sir John Templeton had once said that the most dangerous argument in finance is that “This time it is different”. That is exactly the line of argument on which the Greater Fool theory is based. Be it the technology bubble of 1999 or the real estate bubble of 2007, the story was that a new asset class with a new set of characteristics had turned up and hence this time it was different. During each of these bubbles you hear the same argument. Technology was supposed to bring limitless lateral growth for companies. Real estate had suddenly become like an ATM because investors thought that the only way real estate prices could move globally was upwards.