How will the PNB fiasco impact the equity markets? 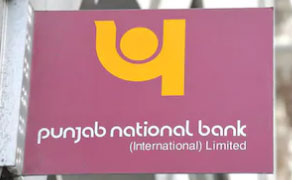 Over the last few weeks, the PNB fiasco has captured the imaginations of the Indian markets. While the two prime accused, Nirav Modi and Mehul Choksi, have absconded to safer havens, the Indian banking system is left holding on to a $2 billion hole and threatening to get much bigger. But what exactly is this PNB Fiasco all about in the first place?

What exactly is this PNB fiasco?
PNB is India’s second largest PSU bank after SBI and has a fairly strong presence across India. Ironically, PNB had managed to keep its NPAs at fairly manageable levels and was one of the banks expected to benefit substantially from the bank recapitalization plan of the government. At least, that was the story till the PNB fiasco emerged! A few weeks ago, PNB had sent an innocuous note to the stock exchanges that they had discovered a major fraud at their Mumbai branch and that the sum involved could be quite large. The fraud involved globally acclaimed diamond businessman, Nirav Modi, who operates out of Antwerp. Apparently, Modi had colluded with some unscrupulous officials of PNB and had got fake letters of undertaking (LOU) issued in his favour. An LOU (similar to L/C in the old days) is issued by a bank which can be used to raise money from the foreign branches of Indian banks. Accordingly, Nirav Modi had raised money abroad to the tune of $2 billion from a clutch of banks including Axis Bank, SBI and Allahabad Bank.

So what is wrong about raising money against LOUs? That is normal business
There is really nothing wrong in PNB issuing a Letter of Undertaking (LOU) and other bank’s foreign branches funding against these LOUs. The only problem in this case was that the LOU was issued fraudulently by a few colluding officials inside the system. Normally, the global protocol to exchange cash and documents is the SWIFT mechanism, and global banks were a part of the SWIFT platform. The problem in PNB’s case was that these officials had not only hacked into the SWIFT but had also shared confidential SWIFT passwords with the senior managers of Nirav Modi. Remember, when PNB issues an LOU the money is paid by these banks into the PNB Nostro account and then PNB disburses this amount to the borrower. The big question now is who takes the liability for the $2 billion scam. While PNB is calling it a fraud and trying to make other banks share the liability, the other banks that have actually lent have insisted that in any LOU the liability is of the issuing bank only. The RBI and the IBA are yet to crystallize their thoughts on this subject.

Why this is a dampener for the equity markets?
If one looks at the sharp correction in the Nifty and the Sensex since the beginning of February, it is being partially blamed on the LTCG tax. But the real reason could be that investors are unsure about the largest component of the Nifty, which is the banking sector. Here are 6 major concerns arising from the PNB fiasco..

It is still not clear how big this problem is and across how many banks it has spread. However, markets are speculating that this practice of issuing fake LOUs could be rampant among Indian banks. That would not just be a fiasco but a larger systemic crisis for the banking sector overall.

The importance of banking in the Nifty and the Sensex cannot be underestimated. Banking and financials account for over 33% of the weight on the Nifty. The PNB fiasco raises a big question mark about the underlying fundamentals of that one big sector that dominates the Nifty. That is not encouraging news.

Global investors are likely to take this news with a mound of caution. Transparency has always been an issue with Indian financial statements and global investors will only get a reinforced belief that Indian stocks should actually command an opacity discount over other markets. That could depress the valuations assigned to Indian markets and banks could, especially, see their stocks losing premium valuations in the market.

Markets are anticipating stricter regulatory reaction to the Nirav Modi case. We already saw that in the form of the Fugitive Economic Offender’s Bill (FEOB). Investors are now worried that such bills could actually be used to hound businesses and harass even the honest borrowers at the slightest provocation. This is not great news for the Ease of Doing business in India.

Trade finance could be the first casualty of this and according to reports that is already visible. Banks are now becoming doubly cautious about trade finance and the additional SWIFT audit trails are delaying trade finance. That is not great news for exports at a time when they are already reeling under the onslaught of a rising trade deficit and the vagaries of the GST rules. This move could actually depress the free growth of exports from India.

Last, but not the least, the PNB fiasco could again bring back the fear of the ED and the Vigilance Department breathing down the necks of bankers. Most bankers will again prefer to err on the side of caution and proceed with conservatism. The credit pick-up which was showing green-shoots could be nipped in the bud. That again is not great news for Indian industry.

The moral of the story is that the PNB scam may have much larger ramifications, especially at a time when markets were counting on the banks to drive the revival in GDP growth. It remains to be seen how this story unfolds.