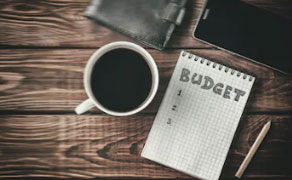 One constituency that every budget tries to address is the household budget. Normally, most budgets try to put money in the pockets of the citizens either in the form of lower prices or in the form of tax incentives. Either ways, the households will always prefer a budget that is high on benefits to the common man. So, what are the key expectations to improve the purchasing power of households?

What the budget can do to improving your household budget?

The Interim Budget 2019 comes right before the general elections. The elections are crucial as the ruling NDA will be taking on a resurgent opposition. Here are some of the key expectations that households have..

Adopt a low inflation policy so that the household budget stays in control. One can argue that inflation is a monetary phenomenon but the cues come from the fiscal side. The government can keep food prices low by announcing measures to ensure that the farm to fork model is kept within acceptable price limits.

The government will also be expected to tweak the GST rates in such a way over the year that the overall cost of households comes down still further. Of course, the GST rates are normally decided by the GST Council but the budget can surely give a broad direction.

The one item of expenditure that has shot up in the last few months is the cost of fuel. With the government’s policy to pass on the entire fuel price rise to the customer, the people will expect some relief in this budget. That can either come in the form of a price cap on petrol and diesel or reduction in excise duty on petrol and diesel. Alternatively, the government can also look to bring petrol and diesel under GST so that any price cuts are automatically and seamlessly passed on to the end customer.

The government is expected to make a big change in the basic minimum eligible tax slabs. In the previous budget the government did introduce Standard Deduction of Rs.40,000 for all assessees at a flat rate. But this came at the cost of transport allowance and medical reimbursement, which were withdrawn. That can be compensated by shifting the tax slabs higher.

Section 80C has too many items but the limit has remained static at Rs.1.50 lakhs for a very long time. That needs to be revised upward to at least Rs.3 lakh to make it more in tune with the times and changing income patterns. This will put a lot more money in the hands of people since most of them are already saving much more than the permissible Section 80C limit.

Interest on deposits is a key source of income for most families. In the previous budget, the tax exemption limit for interest on deposits was raised from Rs.10,000 to Rs.50,000 for senior citizens. However, the limit remains at Rs.10,000 for others. The expectation is that the government will bring parity in this budget by extending the interest exemption to Rs.50,000 for all assessees. That would come as a big boost.

There is the Section 24 benefit that is currently available on interest on home loans up to a maximum limit of Rs.2 lakhs per annum. In the current real estate price situation, that is proving to be grossly inadequate even to purchase an apartment in second rung cities; forget the metros. Also the previous budget had put a limit of Rs.2 lakh per annum on rented property benefit each year. It is expected that the same would be restored to its previous exemption without any upper limit.

Finally, people are also expecting a reduction of the GST on services. The Service Tax was charged at 15% prior to July 2017 but now stands enhanced to 18% under the GST. That not only has a cascading effect but also puts an inordinate burden on the end user. The general expectation will be that the old rate of 15% is restored on services.