How you can enhance your Section 80C limits with NPS 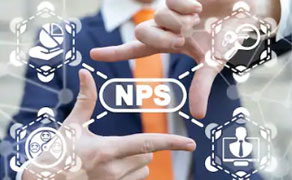 The National Pension Scheme (NPS) was launched by the government of India in 2004 and it has gradually become quite popular among Indian investors not only as a tax saving instrument but also as a solid product to plan your retirement. NPS tax saving is special because the benefits actually extend beyond the original Section 80C limits. Before understanding the benefits of new pension scheme (NPS) let us first understand the concept of NPS and its relevance in the Indian context.

What exactly is the NPS scheme all about?
The NPS is a contributory pension scheme wherein contribution by an individual are collected and accumulated in a unique pension account called PRAN. There will be a central record keeping agency to keep a registry of all holders and benefits while the entire activity of the NPS will be monitored and regulated by the Pension Fund Regulatory Development Authority (PFRDA). This is a defined contribution based pension scheme where the subscriber can actually choose his/her asset mix based on their risk taking capacity. This is important because historically Indian pension schemes invested predominantly in debt where it is equities that create wealth in the long run. Pension money, being long-term contributions tends to be more suited for larger equity exposure. That is what makes the pension scheme more attractive..

Benefits of new pensions scheme (NPS)..
There are 4 key benefits that investors can gain from the NPS..

The NPS offers the benefit of transparency to the subscriber. In the NPS the person knows exactly where his money is invested and how it is performing on a day-to-day basis. It is not like the traditional pensions schemes which were largely opaque with little disclosure of how the money was actually being utilized.

The NPS has a very simple process and the documentation is minimal. The account opening can be done through any of the touch-points provided by the NPS and documentation is not a barrier to the opening of NPS PRAN.

It is regulated and that gives a greater sense of comfort for investors and calls for greater accountability from the fund managers who are managing the NPS money. Not only the NPS process but the performance of fund managers who manage the trust money is also regularly monitored and reviewed.

NPS is a portable account and irrespective of whether you are transferred or you move to a different department your NPS account remains the same. The permanent retirement account number (PRAN) is an all-India valid identification.

What about getting back your NPS money?
The contribution made by the NPS will be received back by the employee as pension after retirement. At the time of withdrawal, 40% of the accumulated corpus is entirely tax-free in the hands of the employee. The balance 60% will be taxable as per the slabs applicable in the year of receipt. There are 2 additional things to know here. Firstly, effective the 2017 Union Budget, partial withdrawal up to 25% will be tax-free in the hands of the employer. Secondly, the employee can avoid paying tax on the balance 60% by purchasing an annuity plan in the same fiscal year as the year of receipt. In that case, the person will be deemed to have not received any payment from the NPS and hence no tax shall be levied. That is the crux of NPS tax saving.