Impact of Demonetization on Real Estate 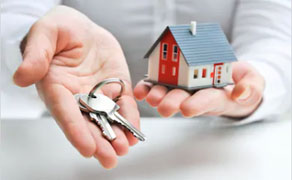 Demonetization has shown a major impact on all the major sectors in our country. Be it a small or a well-established business from any sector, none were immune to the effect caused by the move of demonetization taken by the Modi government on the 8th of November. Though we are approaching the end of the year 2016, the impact on some sectors remains intact and one such sector is real estate.

A number of realtors do believe that the move will shake up the entire sector the next one year but the same would get shaped up well in the long term. A white paper that was released in the year 2012 by the Ministry of Finance did state that the real estate sector in our country constitutes to 11% of the total GDP. As per a recent report that was given by firm, the black economy of our country is more than Rs. 30 Lakh Crore or 20% of the country’s total GDP. If the white paper assessment is to be considered, the real estate sector holds 50% of the black money. Many also assume that this is one of the reasons as to why many developers from this sector state demonetization as a wrong move as it has left the complete industry at crossroads.

The Impact on Real Estate

The real estate sector will remain the worst hit by demonetization as most of the transactions that take place happen via cash and there is also a huge involvement of black money. However, most of such transactions happen in secondary sales market where a major chunk of transactions happens via cash. In simpler words, the resale properties market will for sure take a major hit.

Experts also predict that the luxury segments of the residential segment in real estate will also witness a major impact as this too has a number of transactions that happen via cash. A very small part of the transactions happens via legal banking channels in this segment. The demonetization will also show a dip in the luxury property prices by about
20%-30% as most of the sellers try to offload the properties so that they can generate liquidity. This, in turn, provides more options for the home buyers.

Experts also state that as the black money is being wiped out from the market, a number of investors who have invested with unaccounted money will be eliminated from the system and this will provide the real estate sector with the much-awaited correction.

The Real Estate Market That Is Unaffected

The primary market of real estate which has the projects that are undertaken by credible realtors and developers will remain less affected. This is due to the fact that the home buyers in such projects often opt for home loans to purchase their dream home and the transactions always happen through legal finance route. Hence, this segment will not see much of an impact with respect to sales.

There can be a minor impact on some projects from the 2 or 3 tier cities where cash still plays a primary role in property purchases. However, experts feel that even if there is an impact, it would settle down within a very short time.

All of us have witnessed some promising changes in the real estate sector of India. With new acts like the RERA (Real Estate Regulation and Development Act 2016) and the Benami Transactions Act, the sector might soon lose its taint and will become more transparent. This, in turn, will protect the buyers from delayed constructions and handovers.

The demonetization move was a crucial step that will for sure bring a major shake-up wherever a major role is played by black money. Over the next few years, the Indian real estate sector will emerge even stronger and will be capable of continued growth.