Impact of Donald Trump's win on the Indian Economy 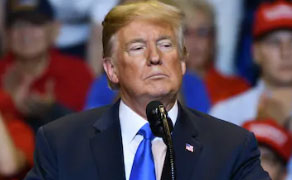 The results of the 45th US Presidential election polls have just been out. It was a nail-biting match between Ms. Hillary Clinton and Mr. Donald Trump. As we all know, it is Donald Trump, the real-estate veteran who has won the elections. He is nominated as the 45th President at the US elections 2016. While we understand that Barack Obama was more of a Democrat, Mr. Donald Trump happens to be the Republican President of the United States of America. Bill Clinton and Gorge W Bush were Republican Presidents, too.

Trump follows the trade policy of “America first” and his plans to renegotiate the foreign deals will show an effect on the trade treaties America has with India as well. Trump has also termed the programme of H1B visa as unfair and also mentioned his interest in ending the programme. The victory of Trump will slowly but for sure show its effect on the IT stocks and the IT companies of India and the firms like Infosys and TCS might be the very first victims of the changing polices.

Many experts have also discussed about Trump showing a double standard towards India, where he said that India as a country is doing great whereas on the other hand he vows to bring back all the jobs to America. Bringing back the jobs to America would mean that there would be more harsh rules and regulations for the people who wish to migrate to US from India. Let us now move on to discuss several aspects of Donald Trump’s win on the Indian economy, in detail as such.

What does India stand to lose?

Trade Policy
As a Republican President of the US, Trump believes it is America first. This trade policy can impact the US based industries operating out of India in a very bad manner. He wants to re-negotiate all foreign trade deals. This can leave a terrible impact on the trade treaties the US shares with India.

H1B Visa Program
Trump wants to put a full stop to H1B Visa program. Quite a lot of Indians settle down in the US. And eventually they enjoy citizenship and other fabulous rights US citizens are entitled to. Indian IT stocks and companies like TCS and Infosys are likely to be the most hit in this particular scenario.
Trump shares a double standard approach with India. On one hand, he feels Indian talent is amazing whereas on the other hand, he wants to bring Indian jobs back to America.

What does India stand to gain?

Better opportunities for Indian entrepreneurs and students
Although Trump is averse to immigrants from India entering the US, he wants to woo students and Indian entrepreneurs. Entrepreneurs stand to gain mainly from what we heard from trump’s campaign. Throughout his campaign, he had been criticizing China and has labeled China as one of the US’s top adversaries. He also labeled China as a currency manipulator and wishes to impose heavier tariffs. This is if China does not re-write its trade agreements. Eventually, this move can turn out to benefit India.

Deeper Indo-Us strategic ties
As an individual, he feels that Pakistan is a safe haven for terrorists. This could mean a continuation of US Pivot to Asia Policy where India is seen as a counterbalance to China. Also, as the Republican President has got a hard stance on terrorism, this could result in deeper Indo-US defense and strategic ties. This factor compliments Indian lifestyle mainly because closer defense ties could give a better push to Indo-US trade relations, as well.

Irrespective of whether Trump’s success at the US elections 2016 is beneficial to Indian economy or not, one can still earn money in US dollars using various freelance sources and thereby improve one’s lifestyle. The impact of Donald Trump’s win on the Indian economy and simple tips to earn money in dollars form the crux of this particular segment.