Is Bitcoin Digital gold or can its value go down to Zero? 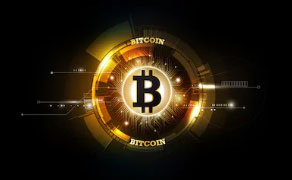 With the extreme volatilities in the value of Bitcoin in the last few months, the debate is already out on whether it will be another bubble like the Tulip Mania and the South Sea Bubble. Or would it be something like the Tech Bubble which did see value destruction but still had a huge disruptive potential. The question is whether Bitcoin isdigital gold and what is the Bitcoin and gold correlation. We will also address queries like Will Bitcoin price go down and also look at gold price vs Bitcoin chart for a comparative perspective.

To begin with, there is no gainsaying that Bitcoin has been extremely volatile. After closing in on $20,000 earlier this year, Bitcoins have corrected over 60% till date. This is unlike an asset class like gold which has seen stable prices for long periods of time and is backed by genuine metal. Here are five reasons why Bitcoin may be a product to seriously look at, despite the apparent volatility. But first, the Bitcoin chart..

Could the value of Bitcoin go as low as zero?

That is a question that is hard to answer at this point of time but there is a gap that Bitcoin has filled up. Especially considering that it is a currency with limited supply, there has been a demand for Bitcoin as an alternative to normal fiat currencies where central banks have been quite indiscriminate about printing new money. Despite the sharp volatility and the speculative action, Bitcoin may still have a future. Here is why..

1.  This is not the first time that Bitcoin has crashed..

For those who have been concerned about the 60% correction in Bitcoins in the last couple of months, this is not the first time that Bitcoin has corrected so sharply and will not be the last time. Check out the table below where Bitcoin crashes are captured..

If you look at the above table, it is clear that is the fifth major correction in Bitcoins in the last 7 years. What is interesting is that after each major correction, Bitcoin has emerged stronger and higher. It would, therefore, be too early to write off Bitcoin altogether.

Bitcoins and all crypto currencies are based on the Blockchain technology, which is considered one of the most foolproof technologies. One can argue that central banks do not have control over the currency creation but that is precisely the idea of Bitcoins. The idea is to take away the fiat based printing of currencies. What Blockchain does is to use a distributed data approach in such a way that any addition to the Blockchain can be done only through a very rigorous and documented process. Also, once something has been entered in the Blockchain it cannot be erased for life. That creates a fantastic audit trail with multiple check points. As a technology for currency creation, Blockchain is infinitely superior. How it is regulated in the future remains to be seen!

3.  Bitcoins could eventually emerge as a digital alternative to gold..

Why has gold been preferred over the years? There are three reasons. Firstly, every ounce of gold that has ever been mined in this world still exists in some form or the other. To that extent it is indestructible which makes it unique. Secondly, while gold is not a portfolio asset it is a great store of value. If you look at gold over the years it has at least managed to beat inflation, something many other assets cannot lay claim to. Thirdly, gold has limited supply and even if all the mines were to work overtime there is only so much gold that can be produced. If you juxtapose the situation, Bitcoin has most of these qualities. Bitcoin is created in an indestructible database so all Bitcoins are still in existence. Its creation is very power intensive and difficult so the supply is automatically limited and with a strict audit trail. Over the years, Bitcoin has given positive returns, notwithstanding all the volatility and hence emerges as a store of value. In addition, Bitcoins are easier to store and transfer compared to gold.

4.  Bitcoins are not only autonomous but also very rare..

Unlike gold and fiat currencies, Bitcoins are not owned by anyone. It is just a powerful and decentralized network that is the underlying strength of the currency. Since the currency creation is based on a set of rules and approvals with an audit trail, no central bank can influence the total amount of Bitcoins that can be created. Till date only 21 million Bitcoins have been created and it is this shortage that keeps Bitcoins valuable. To that extent, it is extremely rare compared to other currency forms. Let us compare to gold. The total value of all Bitcoins in circulation is just $175 billion whereas the total value of all the gold that is still in existence is $8,800 billion. That makes Bitcoins much rare than any other form of currency. So it is likely to sustain value! Above all, since the Bitcoin is not backed by any central bank or government there is no threat of inflation.

5.  Bitcoins are gaining currency in the world; an idea whose time has come..

Even as central banks try hard to resist crypto currencies, it is an idea whose time has come. Increasingly, there are ecommerce websites that are willing to receive money in Bitcoins. Banks are already running trials of this disruptive technology and preparing themselves for a situation where Bitcoins play a crucial role in global currency markets. A country like Switzerland that has a strong banking tradition is quite enthusiastic about the future of Bitcoins. Japanese companies are already paying employees part of their salary in Bitcoins and the EU is expected to be the first off the block to come out with a complete Crypto Currency policy.

Even as the Cassandra comes calling predicting doom, remember that Bitcoin is an idea whose time has come. What form it eventually takes is hard to project but its utility cannot be denied!