Is India in the midst of an IPO mania and how long will it go on? 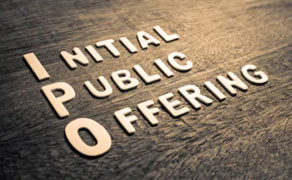 Back in 1994, Morgan Stanley Mutual Fund came out with an IPO of its first closed-ended Morgan Stanley Growth Fund (MSGF). That was long before investors really understood that a mutual fund is not a stock and it is just a summation of all its investments. Even as the issue opened, there were long queues outside the banks and application counters leading to the issue getting heavily oversubscribed. In fact, the grey markets quoted the MSGF IPO at a premium of 500 % and many gullible investors even ended up buying the same. When the MSGF finally listed, investors were shocked that it had listed at a huge discount to its NAV of Rs.10. Investors who had bought in the grey market at hefty premiums were virtually wiped out. But why did this happen?

Firstly, investors failed to realize that a mutual fund does not have a stock price but an NAV. The NAV was a sum of the value of its holdings. Secondly, the MSGF came in 1994 when the markets were close to the peak. So MSGF ended up buying most stocks at peak prices with little upside left. Thirdly, investors did not realize that closed-ended funds, by default, trade at a discount to their NAV and in the Indian context, the discount was much higher than global benchmarks. Lastly, back then there was no transparency for closed ended funds and investors had no clue about what was the investment portfolio of the fund. But then, MSGF goes down in the history of Indian capital markets as one of the classic examples of an IPO mania stretching itself too far. Morgan Stanley AMC eventually sold out to HDFC MF in 2013 and exited the Indian MF business altogether.

Are we in the midst of an IPO mania currently?
The Indian IPO market is replete with instances of IPO mania stretching beyond a point and subsequently resulting in losses for IPO investors. Back in 1992, there was the IPO boom which imploded when the BR scam surfaced. Then there was the big IPO boom of 1994-95 which virtually ended with the MSGM IPO and its disastrous listing. Thirdly, there was a mini IPO boom in 1999 when software and telecom stock with patchy business models started to raise IPOs at fancy premiums. That too imploded with the technology story unravelling across the world in 2000. Then there was the big IPO boom in 2006-2008 which also concluded with the sub-prime crisis.

It is hard to decipher whether this can actually be called an IPO boom but there has definitely been a pick-up in IPO activity. A sum of $2 billion was raised through IPOs in fiscal year 2016-17. Additionally, the IPO market is likely to see close to $5 billion worth of IPOs in the current fiscal year 2017-18. However, a quick look at the facts of the current IPO scenario will underscore that Indian market may still be far away from an IPO mania..

Five reasons why we may not be in the midst of an IPO mania..

There is a mountain of liquidity that is chasing good quality paper. FPIs have pumped in nearly $4 billion in July alone and India continues to be the preferred market for global investors in emerging markets. Last year, domestic mutual funds infused nearly $12 billion into Indian equities and that trend is likely to continue this year also.

Good post-listing performance in case of quality stocks has given a boost to the HNI segment applications, which are normally funded applications. The demand from HNIs has typically been at the core of the IPO boom in the last 2 years and robust listing means that HNIs are able to make money even after their cost of funds is considered.

Remember, it has not been an across the board mania in terms of IPO listing. In fact, markets have been fairly selective and discerning. If you look back at the key IPOs of 2017, the true out performers have been high quality businesses like Avenue Supermarts, Shankara Building Products, CDSL and AU Small Finance Bank. Then there have been on-par performs like BSE, HUDCO and Tejas Networks. There have also been rank under performers among the IPOs like GTPL Hathaway, S Chand & Co., CL Educate etc. The moral of the story is that, unlike previous IPO booms, this market has been a lot more discerning.

Finally, there is a great big shift towards equities that is happening. Indian retail investors are expected to pump in nearly $75 billion into Indian equities in the next 3 years. Obviously, a good chunk is going to be invested in IPOs and that will keep the IPO markets buoyant with a combination of retail, HNI and institutional support.