Open an Account
Is the stock market-always right in its judgement? - Motilal Oswal

Is the stock market always right in its judgement ? 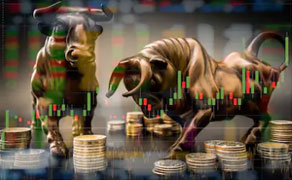 For a better part of the 1990s and 2000s, Satyam Computers shared space along with Infosys and Wipro as the most sought-after listed IT stock in India. TCS listed only in 2004 and hence was a closely held company at that point of time. But interestingly, Satyam would always trade at a discount to the valuations of Infosys and Wipro. The market was always pricing in a lack of transparency and poor disclosure practices in Satyam. The truth eventually came out in 2009 when Satyam publicly declared that it had fudged its accounts and did not have any cash in its books. The company eventually was sold out to Tech Mahindra.

In the private banking space, ICICI Bank and Axis have traded at a perpetual discount to the valuations of HDFC Bank. For many market watchers it was intriguing because all the three banks were large in size, had a formidable asset base and were consistently profitable. The problems in the asset quality of ICICI Bank and Axis became more evident post 2016 when RBI insisted on stricter provisioning norms and both ICICI and Axis saw their gross NPAs crossing the 5% mark. In the meanwhile, HDFC Bank continued to rein in its gross NPAs around the 1% mark.

What exactly is common between the above two instances? It is an indication that, more often than not, the market is right. While these are just two specific instances, there are scores of such instances in the history of stock markets. Be it the Japanese stock market crash of 1989 or the sub-prime crisis in the US in 2007 or the crash in tech stocks in India in 2000 or more recently the weakness in pharma stocks; the market has eventual proved to be right. In most cases, a market crash has been symbolic of larger fundamental issues surrounding a company in particular or the markets in general

Efficient Market Hypothesis and why it matters
To be fair, the market may not always be right in the short run, but it happens to be indicative of collective wisdom in the long run. To understand this point we need to quickly understand the concept of Efficient Market Hypothesis (EMH) at a very basic level. What the EMH says is that markets are intelligent and factor in most of the information that is public and also that which is not public. The process is quite interesting. Analysts and fund managers get into the nuances of a company and hence not much is hidden from the public eye. When fund managers find that a particular stock is quoting at well below what it is actually worth, they start buying the stock. On the other hand, when they find the stock quoting well above what it is worth fund managers will sell the stock. This is how news gets factored in and eventually reflects in the price.

Market's ability to be right is not just about investors but very largely about traders too. When traders see opportunities in a stock they either buy or short the stock and put pressure to move in that direction. Normally, the market first gives an indication about likely movement in the form of volumes and bulk deals before the investment value of the stock is eventually reflected in the markets. Remember, when stocks like Satyam and FT crashed in the markets, it was short sellers who played a major role in pushing the stock towards its realistic value.

Fundamental view versus technical view
When we look at the question, "Is the market always right", it needs to be looked at from two perspectives. For example, a technical analyst who thrives on charts bases his view on the belief that the market knows everything. Hence a technical analyst relies on charts and past patterns of prices and volumes. Since the markets know everything, past trends and patterns will repeat and are therefore largely indicative of future movement. That, however, could be a very simplistic argument. The question is if that is the case why do globally reputed investors like Warren Buffett and Peter Lynch consistently outperform the markets.

Fundamental analysis has an answer to this question. It believes that Markets are not always right but they are eventually right. They use this concept to buy under priced stocks and sell overpriced stocks knowing that eventually the market price will converge towards its true value. That is the reason why investors like Warren Buffett and Peter Lynch have consistently beaten the markets. They have invested in good stocks ahead of the others and waited for the market to discover these stocks. Eventually, the combination of analysts, fund managers and traders ensures that the price converges towards its true value. Secondly, the fundamental analysts also use the markets as a lead indicator because as the old wisdom goes, "The market always has a story to tell".

So what exactly is the crux of the matter?
The bottom-line is that market has more wisdom than any individual investor. However, the markets may take a very long time to re-price stocks and that is where the opportunity comes in. While technicals begin with the assumption that the market is always right, fundamentals are based on the assumption that the market will eventually turn out to be right. As the old saying goes, "In the short run the market may be a slotting machine, but in the long run it will always be a weighing machine".