5 reasons for the sharp growth in SIPs in India 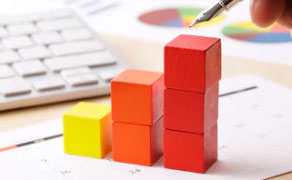 Systematic investment plans (SIP) of mutual funds have been well documented as a systematic and scientific method of creating wealth in the long run. The idea is nothing new and mutual funds distributors and brokers have been trying to push this idea quite aggressively for over 2 decades now. Something seems to be changing in the last couple of years. Since 2008 when the market downturn began, equity mutual funds were consistently seeing outflows. The trend changed in mid 2014 and has sustained since. But what is more interesting is that an increasing share of the mutual fund inflows are into equity funds and an increasing share of equity fund inflows are in the form of retail SIPs.

First, for some interest statistics on SIPs in India
Over the last 3 years since there was a turnaround in MF inflows, the number of SIPs have doubled from 52 lakhs to 1.28 crore. The average monthly SIP collection which was around Rs.1200 crore in 2014 has shot up to Rs.4200 crore in 2017. The average size of the SIP has increased from Rs.2300 in 2014 to Rs.3200 in 2017 and the overall number of folios has grown by nearly 40% during these 3 years. The chart below captures the actual SIP inflows each month during fiscal year 2016-17 based on AMFI (Association of Mutual Funds of India) data.

The chart clearly depicts that the total amount of Rs.43,921 crore collected via SIPs during fiscal year 2016-17 came in at a steadily increasing rate. The question that, therefore, arises is why SIPs have suddenly come into the limelight. Why are Indian retail investors plumping for SIPs as a means of investing in equity funds?

To be fair, it has not been a sudden shift by Indian retail investors toward MF SIPs but the culmination of a series of events over the last 20 years. The experience of the last 9 years has taught Indian retail investors that between 2008 and 2017, the Sensex returned just 3.95% on a CAGR basis. That is lower than a savings bank deposit and typically represents the downside risk of lump-sum investing. On the contrary, an SIP done since 2008 has performed exceedingly better as it has made the best of the prolonged lull of 2009 and of the 2011-2014 phases.

Traditionally preferred investment avenues in India like property, gold and bank FDs are not appearing to be as lucrative as before. Consider the following. Firstly, bank FD rates have dipped sharply with repo rates in the last 2 years and are hardly able to cover inflation in post-tax terms. Secondly, property has been quite erratic since the sub-prime crisis of 2007 and the demonetization has only made cash transactions very difficult in the property space. Lastly, with the government putting limits on gold holdings, investors are left with very few options. The only credible option left to generate wealth is equities and SIPs offer the best way not to worry about timing the market.

The big advantage from SIPs is that volatility becomes your friend rather than becoming your enemy. Let us understand this little better. In an SIP, you typically allocate the same amount of money each month irrespective of the level of the market. With the Nifty touching new highs, there is risk of volatility due to a mix of global and domestic factors. The answer to this problem is an equity mutual fund SIP. These SIPs not only get you best value on downside volatility but also avoid the risk of worrying about tops and bottoms. It therefore becomes a passive approach to investing in equity and has proved to outperform the index consistently on an empirical basis.

Demonetization may have been a bad word for liquidity but has been a boon for mutual funds. For long, mutual funds has been a well regulated industry. Hence demonetization hardly had any impact on mutual funds since most of the fund flows were anyways through banking channels. As the SIP chart above shows, the SIP momentum has actually gathered pace after the demonetization. That was because, one could easily buy mutual funds with basic KYC (Know Your Client) formalities and investors could see their wealth expanding without worrying about regulation and compliance.

Lastly, people find SIPs to be quite efficient in terms of tax treatment. When it comes to long term wealth creation there are two things that are critical. Firstly, it needs to be tax efficient and secondly it should overcome reinvestment risk. Let us look at this a little closely. Like any mutual fund equity SIP, you get the benefits of tax-free dividends and also tax-free capital gains if held beyond one year. This makes an equity fund more attractive compared to gold, property and bank FDs. But the bigger advantage is on the reinvestment front. When you opt for an SIP on a growth plan of an equity fund, you do not worry about reinvestment risk. That is automatically taken care of by the fund manager. That is not the case with equities, gold, FDs or even property.

The shift to equity SIPs that is evident in the last few months is not a sudden phenomenon but the cumulative impact of the last 20 years of ups and downs that investors have seen in the Indian markets. The good news is that finally, Indian investors have opted for a time-tested method of creating long-term wealth.