Profit is what you book, all else is book profits only 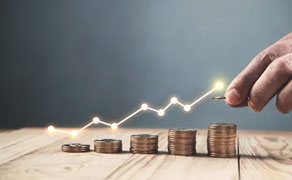 The title of this article may sound quite intriguing, but it is quite simple in reality. This is a classic dilemma that traders face on a daily basis. Take the case of Jiten Shah who had bought 300 shares of Reliance at Rs.1400. Over the next 3 days, the stock moved up to Rs.1500. One of the basic principles of Jiten was that "If something is too good to be true, then it is probably not true". He realized that 7% returns in 3 days was too good to be true and it also met his profit targets in trading. He went ahead and booked profits even as his friend Rakesh preferred to hold on.

However, Jiten was in for a disappointment. Over the next 1 week, the stock moved up to Rs.1600 and Jiten had that vague left out feeling and realized that Rakesh was right. Rakesh, however, chose to hold on as he was expecting a boost to the stock from their Jio launch. Exactly four days later, RIL announced its results after trading hours and disappointed on its operating margins. The next day when RIL opened for trading, it opened gap-down at Rs.1440. Rakesh held on expecting a bounce in the stock but the stock eventually drifted down to Rs.1380, at which point Rakesh triggered his stop loss.

Prima facie, it may look like Jiten was smarter and savvier than Rakesh, but that runs the risk of missing the point. The key point to note here is that as a trader, booked profits matter more to you than book profits. As a trader here are 4 basic rules you need to follow regarding booking profits on your positions..

Your profit target should be driven by your risk-return trade-off..
As a trader you must not judge your trades by whether the stock will go up further or not. That is the job of a fundamental analyst. As a trader, your primary concern is to set your risk-return trade-off and then stick to it staunchly. When you bought RIL at 1400 and your trade-off calls for a return requirement of 3%, then you must not wait beyond the level of Rs.1450. After that, it does not matter whether the stock touches 1500 or 1600. Just as you must maintain discipline on triggering your stop loss, so also you must maintain discipline in booking profits. The key to trading success is discipline. Once you have sold your position and released your margins then take a fresh view on your trading positions.

This rule is specifically applicable in volatile markets..
There are domestic and global events that can add to the volatility of markets. Fed minutes, geopolitical risk, and a major global default can all be triggers to cause volatility in markets. For a trader higher volatility means higher risk and that is something that needs to be managed. One of the first things you need to do in volatile markets is to compress your risk-return trade-off. If you normally follow a ratio of 1:2.5 you can bring it down to 1:2 in volatile times. During these times you have to be especially careful of overnight risk, as we saw in the case of Rakesh who held on to RIL in the hope of the stock making new highs.

Beware the overnight risk in profit taking..
As a trader you have little control over what is going to happen to the markets overnight. Something as distant as the US deciding to taper its bond portfolio could lead to a sharp correction and a gap-down opening. That means a profitable position could actually translate into a loss making position without you being able to control it. Let us take a very specific instance. Assume you are holding on to Tata Motors and the results for the quarter are expected at 6 pm; should you carry forward your open position? Your profit target is 3% and you have just about made 2% on the position. The answer is that you need to just book your profits and walk out. You have little control over the quarterly results of Tata Motors. It is entirely possible that JLR could report stellar numbers and the stock could open 5% higher. But it is not your job as a trader to take a view on interest rates or on corporate profits. Your job is to just focus on your risk-return trade off. Your must worry about the downside risk of bad results not the upside potential of good results!

A trader needs to keep churning his capital..
More often than not, the primary intent of a trader is to put his capital to the fullest use. Unlike a fund manager, a trader does not have the luxury of opting to sit on cash and wait for opportunities. The trader needs to catch the trend and also ensure that he stays liquid when opportunities present themselves. That is only possible if your money is put to work at full capacity and the positions get liquidated at regular intervals. You are not a Warren Buffet whose holding period is forever. For you liquidity and risk-return trade-off matter a lot. That is only possible if you make profit booking a necessary discipline in your trading activity.
In the trading arena, book profits and MTM profits really do not matter too much. It is the profit that you take home that eventually matters!