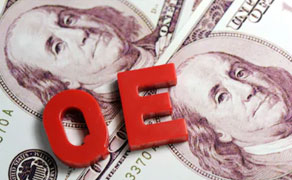 Central banks in respective countries normally set the price of money using official interest rates to regulate the economy. These interest rates are discharged to the rest of the economy. These rates have direst affect on the cost of loans paid by companies, cost of mortgages for households and return on savings. So if the interest rate is higher, borrowing becomes less preferred as loans become expensive. So people resort to saving, there by reducing spending which in turn leads to a dip in demand.

Subsequently, lower interest rates have the reverse effect.But when official rates get close to zero the effect they have on regulating the economy becomes subdued. Obviously the banks still need to make profits.This leads to rocky situations as the gap between the official interest rate and the rates that the companies and households have to bear can rise. This happens because lenders want greater returns for the additional risk of granting a loan when times are tough.

This is when the government deploys Quantitative easing or QE(as some like to cut it short).

QE is an occasionally used monetary policy adopted by the government to increase money supply in the economy to further increase lending by commercial banks and spending by consumers. Our central bank, which is The Reserve Bank of India, buys financial assets from commercial banks and private entities, thereby infusing money into the economy; this is pre-determined. This is done with the aim to bring down interest rates faced by companies and households, and the most important step in QE is that the central bank creates new money for use in an economy. This leads to an increase in banks' reserves.

And only a central bank can do this because everybody accepts its money as payment. This new money is used to buy various assets that require active monetary participation that the economy might require like government bonds, equities, houses, corporate bonds or other assets from banks.

With the central bank weighing in, the price of the assets it buys should rise and the yield, or interest rate on that asset will fall.Companies, for example, with a willing central bank seeking to buy its bond will be able to pay a lower interest rate when new bonds are issued or existing bonds come to the end of their life and need to be replaced.

With the new quantitative easing interest rates, borrowing is assumed to get cheaper and the central bank hopes that this will encourage people to spend more, putting additional demand into the economy and pulling it out of recession. As this money ends up in bank deposits, banks also find their funding position improving. This might make them more willing to lend, without the expectation of higher interests. A side effect, and a rather lucrative one is that this new money is expected to raise consumer prices giving people another incentive to buy now rather than later.

But even QE is not averse of risks. Firstly, a central bank can lose money on its purchases, as the money will ultimately have to be guaranteed by taxpayers either with higher future taxation or by the central bank creating more money with the risk of higher future inflation.

Secondly, if you go too far with creating and spending money the value of the currency can be destroyed. This might result to inflation or even hyperinflation, which is bad for the economy.

Finally, it might so happen that a descent into QE destroys confidence in an economy rather than gives reassurance, and this can be damaging.

All these reasons make it imperative for central banks to use QE with utmost care and analysis. It cannot be done haphazardly. Quantitative easing is aimed at maintaining price levels, or inflation. However, these policies can backfire heavily, leading to very high levels of inflation. In case commercial banks fail to lend excess reserves, it may lead to an unbalance in the money market.

So the central banks need to be aggressive, while being calculative of risks otherwise QE might not work to change other interest rates in the economy and stimulate demand. This policy is unconventional, dealing with a dramatic situation hence, it is extremely crucial to be able to figure how much QE is too much and how much is not enough.