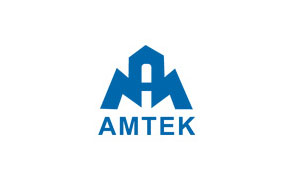 When Amtek Auto emerged as one of the 12 companies identified by the RBI for liquidation to repay debts, it almost brought to an end the story of a company that was once the most prominent and profitable auto ancillary company in India through the 1990s and the 2000s. Over the last few years auto ancillary companies like Motherson Sumi and Bharat Forge have become companies with multi-billion dollar market caps, but Amtek has seen its market cap shrink from a high of $1.6 billion in 2007 to just a fraction of that today. So, what exactly went wrong with Amtek Auto?

Amtek started to expand at a rate they could not handle
Like many auto ancillary companies in India, the rise of Amtek in the late 1980s and the early 1990s was predicated on the massive demand for ancillary products coming from Maruti. When the automobile industry was opened up in the 1990s, it resulted in tremendous demand for auto ancillaries coming from companies like Ford, Tata Motors, Toyota, Fiat, Hyundai, Honda etc. This frenetic growth also set the tone for aggressive acquisitions that Amtek undertook since the late 1990s. Ironically, that aggressive growth led to most of the problems that Amtek finds itself in today.

Between 2005 and 2014, Amtek closed out a total of 22 acquisitions across the globe. These included Kuepper and Nuemayer Tekfor of Germany, forgings business of Asahi Tech of Japan, Sigma Castings of UK, REGE and Scholz also of Germany etc. Interestingly, most of these were profitable properties and hence did not really strain the profitability of the company. The real problem came due to the debt that Amtek had assumed to finance all these acquisitions. Therein lay the problem; because Amtek was increasingly finding it difficult to service these loans. That, in a way, was the beginning of the problems at Amtek Auto.

A slowdown in demand also played its part
The demand slowdown came in different forms. Firstly, the Volkswagen fiasco on using rogue software to evade pollution checks came as a big blow to the European auto industry. It also substantially increased the compliance cost for auto companies and consequently for the auto ancillary companies with direct repercussions for Amtek. The second hit for Amtek came from the two-wheelers segment. Even though the two-wheelers segment accounts for 30% of the total sales, it has been badly hit by slowdown in rural demand. Over the last 2 years, rural incomes have taken a hit due to successive droughts in 2014 and 2015 and the demonetization also took its toll in 2016. Put together, these factors helped compress the demand for two-wheelers. Again, the demand projections for Amtek Auto did not work out.

Wish it had been less leveraged
The big issue for Amtek was its leverage levels. Even as the Amtek Auto group struggles with a mountain of loans to banks, it has nearly Rs.14,100 crore worth of outstanding loans that are already classified as NPAs. The company managed to reduce some of its debt by monetizing part of its assets. The chairman, Arvind Dham, has remained confident that some of its global ventures can be partially monetized to defray its loans. But that is easier said than done. The US and European markets are not really showing buoyant demand to justify anybody buying these companies at premium valuations. Same is the case in India. One only needs to look at the debt / EBIT ratio of the auto ancillary peer group in the market. While Bharat Forge and Motherson Sumi have debt / EBIT ratio of around 2.2, Amtek Auto had a debt / EBIT ratio of over 7.5. That too was when Amtek was making profits; as it has been deep in losses in the last few quarters.

J P Morgan default was just the trigger that highlighted the problem
The entire Amtek Auto case problem came to light when a downgrade of Amtek's debt by the rating agencies led to a virtual crash in the NAV of the J P Morgan Fund that was largely exposed to Amtek debt. In fact, the rating agency downgraded Amtek by 12 notches in one shot and that was the first time the Amtek problems came into the public domain. In fact, there have been four major rating downgrades of Jaypee, Amtek, Bhushan Steel and Lanco and all these have been cases of being referred to liquidation by the RBI in 2017. In all these cases, it was a case of stretching their balance sheets too much and spreading their cash flows too thin that brought them to this state.

Amtek pays nearly Rs.2000 crore per year as interest on its debt and there is no way the company can generate cash flows that is sufficient to service this debt and still make profits. That means Amtek will end up eroding its capital rapidly. A classic case of one more Indian company that has allowed rapid growth financed by debt come crumbling down when the demand fails to keep pace!