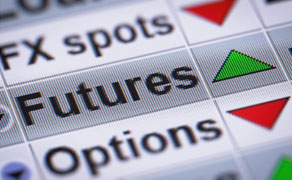 The most commons strategies in futures and options are bullish strategies and bearish strategies. But what if you have no directional view on the market but you are just betting on whether the market will become more volatile or less volatile. These are called volatile strategies. Two of the most popular volatile strategies often used are straddles and strangles. In both these strategies what you essentially do is to buy calls and puts. However, since you buy two options your cost becomes quite high and hence you require substantial movement on either side to be profitable after covering the cost of both the options. We have, till now, spoken about a long strangle where you buy a call and a put option. What about a short strangle?

A short strangle implies selling a call and put of different strikes on the same stock or index. Normally, traders are more comfortable doing short strangles on the index rather than stocks as indices are more predictable at a macro level. The basic difference between a straddle and strangle is that in a short straddle you sell the call and the put of the same strike. However, in case of a strangle you sell the call of a higher strike and the put of a lower strike. Normally, sellers prefer short strangles over short straddles as it gives them a much larger safety zone.  Let us understand all about straddle vs strangle which is better idea. Let us also understand straddle strangle risk reversal.

How exactly does a short strangle work..

Let us assume that the spot Nifty is at 10,410. If the trader is expecting the market to be range-bound in a range of about 400 points he can put in place a short strangle. For example, the Nifty 10,300 Apr put is available at a premium of Rs.70 while the Nifty 10,500 call is available at a premium of Rs.65. The short strangle can be created by selling 1 lot of Nifty 10,300 put and simultaneously selling 1 lot of 10,500 call option. The total premium income from the short strangle will be Rs.135 (70+65). Here is how the pay off will look like..

As the pay-off table shows, the maximum profit on the short strangle is Rs.135 (sum of two premiums) which is realized between the two strikes of 10,300 and 10,500. However, the lower breakeven point is 10,165 and the upper breakeven point is 10,635. As long as the Nifty expires between the levels of 10,165 and 10,635 the short strangle will be profitable. When the Nifty crosses either of these levels on the upside or the downside, the losses will start to mount. Let us look at how this looks on the chart..

The chart shows how the maximum profit of the Nifty short strangle is capped at Rs.135 but on the downside the losses can be unlimited..

Straddles and strangles are extremely vulnerable to overnight macro risks. For example if you had sold straddles or strangles ahead of the Trade War or Lehman Brothers then you could have been totally wiped out by the losses. That is what happened to Barings when Nick Leeson had heavily sold strangles  on the Nikkei. When the Kobe earthquake struck Japan, the Nikkei index crashed and the entire capital of Barings was wiped out.

Strangles have a huge price risk, especially if you are writing short strangles or straddles on individual stocks rather than the index. For example, a short strangle on Infosys ahead of the quarterly results has been highly loss making for traders. You have to be very cautious selling strangles on stocks and restrict yourself to doing more on the indices. In fact, you should prefer broad-based indices over sectoral indices.

While volatility may not be a big risk for short strangles with a broad range, narrow range strangles are very vulnerable to shifts in volatility. In the above case, your total profit on the short strangle is Rs.135. If the sharp rise in volatility takes the total premium on the strangle strategy to Rs.175, then even without the price risk, you will end up paying higher MTM margins.

Strangle gets doubly riskier with time. It is said that time works against the buyer of the option and in favour of the seller of the option. When you sell a strangle strategy you are exposed to the dual risk of a short call and a short put. That means a strangle strategy with a time to expiry of 20 days can be substantially riskier than a similar strangle with a time to expiry of 10 days.

Straddles and strangles are great non-directional strategies when you are not sure of the direction of the markets. When you sell straddles and strangles, you are taking unlimited risk on both the upside and the downside. That can have a huge repercussion on your finances. Quite often in playing such strategies, like in the case of Barings and LTCM, you may be eventually right but it may just be too late. As Keynes said, “Markets have the knack of being irrational much longer than traders can be solvent.” Therein lies the biggest risk in selling straddles and strangles!