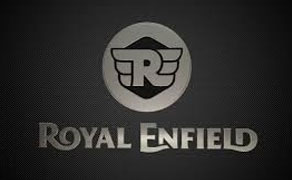 Royal Enfield is a motorbike manufactured by a company named Eicher Motors. You must have heard of the mind-spluttering sound, whenever the bike is kick started. Anyone who is standing near the vicinity will be able to realize that the bike is started and is on its way. The two-wheeler division of Eicher Motors reported a 33% rise in sales turnover this October. Royal Enfield sales turnover rose to 59,127. The figure denotes the number of motorbikes that were sold just during the month of October alone. The two-wheeler manufacturer had sold 44,522 units during October 2015. This was as reported by the Eicher Motors News wing. Eicher Motors News also filed its statement at the BSE.&nbsp; As far as the domestic markets were concerned, the sales that took place numbered 58,369 units while it was 44,138 units during the same month last year. This means that the sales turnover of this bike has risen by 32.24% as against last year.&nbsp; &nbsp; Now let us have a look at the exports: There were 384 bikes that were exported to overseas countries. This was during October 2015. The sales turnover with regard to exports has also risen by a whopping 95% this year. The Eicher Motors managed to export 748 bikes this particular year. Some of the highlights pertaining to the surge in turnover of Royal Enfield are as follows: Royal Enfield now stands at the 5thposition amongst top bikes sold in India With a tremendous increase in sales turnover of Royal Enfield bikes, the bike is now among the top 5 bike selling proponents in India. It has overtaken Yamaha, India, in terms of sales turnover.&nbsp; A look at the sales turnover covering the entire fiscal It was because of the 33% increase in sales turnover during the month of October alone, Royal Enfield managed to capture sales figures of 4, 98,791 units covering the entire fiscal of 2015-2016. It registered a huge 53% rise as against 3, 24,055 units that were sold during the previous financial year. Royal Enfield sales have touched new heights this season. As October is a festive season, more and more bike lovers hoard their money to purchase sought after bikes. Royal Enfield has capitalized this season much to its advantage. Eicher Motors is planning to set a new plant near Oragadam In order to meet the growing demand of the country&rsquo;s sought after bike; Eicher Motors has decided to open a new manufacturing plant near Oragadam. The manufacturing unit proposes manufacturing 9, 00, 000 bikes by the end of 2018. You can find that the company is making tall plans, isn&rsquo;t it? Competitor Company&rsquo;s performance report It is to be noted that Yamaha India lost out to Royal Enfield not only because of the latter&rsquo;s strong sales numbers. Yamaha was already slipping in its performance in the last fiscal by 4.4%. The figures were reported as 3, 48, 313 units during 2014-2015 as against the current year&rsquo;s performance which stands at 3, 32, 958 bikes that were being sold. Yamaha India is Royal Enfield&rsquo;s immediate competitor. Yamaha&rsquo;s scooter sales, however, saw a 46.7% increase over the last fiscal. Yamaha scooters are sold numbering 3, 18, 450 units during 2015-2016 as against 2, 16, 960 bikes that were sold during the previous year 2014- 2015. Yamaha&rsquo;s launch of the brand new series Saluto RX and the upcoming launch of the new scooter Ray- ZR can see the bike manufacturing company back up its sales performance. New series launch of Royal Enfield Royal Enfield will be looking at ramping up some sales with the recent launch of 410 CC purpose built adventure to urer, Himalayan. Quite a lot of customers have shown interest in buying the all new bike and the bookings have already begun. The Classic 350 with all its iconic looks continues to be the favorite bike of Royal Enfield. This was as stated by Royal Enfield bike lovers.&nbsp; Foray into the international Markets Royal Enfield is seriously looking in terms of capturing international markets, as well. The bike manufacturing unit operates through 17 company-operated stores covering 496 dealers across cities and towns of India. The bike manufacturing biggie exports the bikes to overseas countries like US, UK and several European as well as Latin American countries. It is capturing markets in the Middle East and South-East Asia as well.Keep watching the latest updates to view Eicher share price of the current quarter.