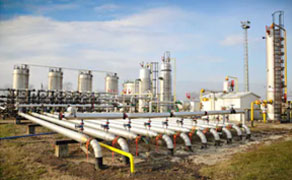 Shale Gas is the natural gas which is found trapped as the shale formation. This gas is the most important source of natural gas in US and the same interest has now spread to the other countries in the world. The Shale gas was initially extracted as an important resource in the year 1821 in Fredonia in New York and it was in the year 1947 that a well was fracked in US.

The policymakers of United States were very concerned about the dependence of country on imported energy from the time of World War II. These were the concerns that were raised in the 1970s when the country witnessed the oil price rises, recessions, high inflation and severe economic stagnation. But the situation has seen a drastic change after the gains that the country had in production of oil and natural gas. This is indeed changing the vulnerabilities of the strength of US energy. This change has taken place in US due to the “Shale Gas Revolution” which has helped in good production of natural gas and oil in the country. 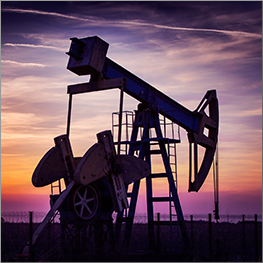 What is Shale Gas Revolution?

The Shale gas revolution is all about the advances that were made in the production of oil and natural gas which was achieved with the process of hydraulic fracturing and horizontal drilling. These were the technological advances that were combined with the increased prices of oil and gas and this helped in the high production of natural gas and oil in US.

One of the benefits of United States is the good availability of energy resources within the country and this in turn reduced the country’s dependence on imported energy. A recent study conducted on the impact of Shale gas has shown that the Crude Oil Prices have decreased drastically in those places where there were deposits of Shale gas with an active exploration. Even the natural gas that was used for industries has become cheaper by more than 30% in those areas when compared to the other states in the United States.

There was shortage of natural gas in year 1970 that occurred due to the Federal Price controls. This in turn caused low production of natural gas and the government has also invested in a number of other prospective alternatives and one such alternative was the Eastern Gas Shales Project, which was implemented from the year 1976 to 1922. This project has increased the production of gas in the basins of Appalachian and Michigan and it only contributed 1.6 % of the total gas production in United States till 2000.

George P. Mitchell, who is known to one and all as the Father of the Shale Gas industry, made shale gas commercially viable and this got down the prices to $4 per one million British thermal units. From this time, the natural gas that was produced from Shale gas was the largest contributor to the primary energy in US.

The Impact of Shale Gas Revolution

The boom that occurred in US due to shale gas revolution has brought in a lot of changes in the gas and natural gas production and this in turn had an effect on the state’s economics. The recent study has shown that the states in US that have new energy sources are slowly being less economically diversified and are vulnerable to the price declines too.

The Shale gas revolution has not only impacted United States but has also seen rising interest of other countries in the same. The reduced energy has thus reduced the venerability of oil price shocks to United States. One has to understand that oil is always priced based on the international market and the increase in the oil production domestically in US might not do much to further decrease the prices for US consumers and any gains that are obtained with the US production will be equally spread in the international market.