Should you buy a stock that has a high current ratio? 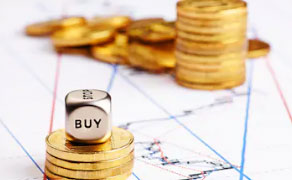 In the realm of ratio analysis, one of the very important categories of ratios is called liquidity ratios. This measures the liquidity situation of the company and assesses whether the company has the cash flows to meet its short term payables and other liabilities on time. Within the gamut of liquidity ratios, one of the most popular is the current ratio. This is a very popular measure of liquidity of the business, especially in case of manufacturing companies who have typical raw material and product cycles. Let us understand the concept of the Current Ratio first..

Now there are a lot of sub-implications to this formula. Current assets of any business consist of its short term asses. Typically, current assets include cash on hand, debtors, inventories and short-term investments. On the other current liabilities refer to the short term liabilities and they include short term loans taken and the creditors payable. The current ratio is a quick measure of the liquidity situation of the company.

Why a higher current ratio is not necessarily good..
To understand the limitations of the current ratio, one needs to break up the components of the current ratio and look at the possibilities. When the current ratio is 2 it means that the current assets of the company are sufficient to service the current liabilities twice over. But this interpretation has certain limitations. Let us assume that the company is having problems recovering its dues from its debtors and the debtor cycle is negative. Your debtors may be large due to delays in payment and that may be the reason for a high current ratio. That is not a healthy sign from the point of view of working capital management. Secondly, it is possible that the company is having too much of working capital invested in inventories. Either, its raw material supplies are volatile or its finished goods inventories are piling up due to weak sales. Either ways it is not a good sign. Thirdly the business could be having an unfavourable working capital cycle wherein the debtors are paying after a credit period but the payout to creditors is happening upfront. This may overstate the current ratio due to low levels of creditor payables.

The curious case of Arvind Mills in 1995
A classic case of a high current ratio was Arvind Mills in the mid 1990s. It had boasted of a current ratio of 6:1 and was just coming out its aggressive expansion plans in denim since the late 1980s. Back in 1995 the current ratio of 6:1 appeared to be quite flattering but the seeds of its problems were just being sown. Denim, where Arvind had invested heavily into enhancing capacity was going through a downturn. Inventories were piling up as lower cost denims were being manufactured in other Asian countries. By 1998 Arvind Mills found itself in a situation where debt was mounting, inventories were piling up and denim demand was in a sharp downturn. The result was that Arvind was almost thrust into the throes of bankruptcy by 1998-99. Of course, the company did manage a remarkable recovery from the pits but the first signs of the problems at Arvind Mills were visible way back in the mid-1990s in the form of an inordinately high current ratio.

The moral of the story: Current ratio and company value..
Interpreting the high current ratio as a good sign is largely an accounting approach. What is more important is the component of the current assets and current liabilities which give a truer picture. A better way to interpret the comfort level of working capital is to look at the Quick Ratio. The Quick Ratio excludes the Inventories from the Current Assets since inventors, more often than not, are not exactly liquid. Probably, in the Arvind Case, the Quick Ratio would have given a clearer picture. The moral of the story is that a very high current ratio or a very low current ratio is a signal that you need to look deeper into the components of the ratio. That could be the key takeaway!