Should you hold on hype or should you sell on hype 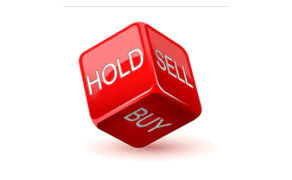 It is popularly believed that stock markets run on hope, hype and hysteria. Hope is normally when the story around a particular stock is getting built. During this phase, valuations are at the lower end of the spectrum and the earnings are just about showing traction.Hype is when the stock is in great demand from institutional investors. Long term investors see value in the stock and expect earnings and ROI to keep growing. This is the phase when the stock enjoys above-market P/E ratios. The last phase is hysteria when almost everybody wants to only buy the stock. We see hysteria around market peaks like we saw technology hysteria in 2000 and real estate hysteria in 2008. Normally, hysteria is devoid of reason and logic and is purely the coming together of irrational expectations. It is during times of hysteria that valuations reach ludicrous levels and investors have to be very careful of potentially large scale value destruction.

Why is this distinction between hope and hype so important?

The distinction is important because it largely determines your trading and investment strategy. Hope is all about identifying the right turning point. The turning point is not necessarily an assurance of stock market performance, but the environment is there. Hope normally begins with pessimism and a classic example is that of Sir John Templeton who made his fortunes by buying shares of emerging markets. In fact, it is by buying during hope that the maximum profits are made by fundamental investors.

Hype is a bit like fear. It is very hard to define but you can surely identify when you see it. The hype stage is when retail investors start getting interested in the stock. At this point, the stock has already proved itself in terms of profitability, growth and business model soundness. The stock market out performance is just about beginning. Take the case of Infosys. The robustness of the outsourcing model was already visible by 1994 when the company planned its IPO. But the real out performance came only after another 5 years. Hype is the period when the stock is still getting re-rated upwards.

How should investors approach hope and hype?

Look at Bharti in 2002 when it came outwith its IPO. For a long time one had to only buy the stock on hope. The hope was that as the telecom network expands, it becomes more powerful as a network and thus the virtuous cycle can continue for a very long time. Take the case of pharma industry in the early 2000s when the big pharma outsourcing story was beginning to attain scale. That was the period of hope and conviction. Hope is when you must pick up the stock. That is the time you have conviction in the model but the numbers are yet to manifest. Between 2002 and 2007, the stock of Bharti appreciated almost 50-fold as hope began to get translated into performance.

Before getting into hype, here is a word of caution. Not all companies that display hope actually managed to deliver. For every Eicher, Hero Honda and Bharti that actually delivered after their promise there will be a larger number of companies which will fail to deliver on their promises. Hype starts after the company is able to consistently walk the talk;quarter after quarter. That is when the confidence in the company’s growth and ROE gets built up and investors are willing to pay a premium to own the shares.Hype is an important phase for traders and short term investors as that is when the momentum is in favour of the stock.

Why it is essential to understand these stages of hope and hype..

While the distinction between these stages is important, they may not always be discrete variables. For example, a stock may just remain in the hope mode for much longer than you may have anticipated.A classic case in point is that of DTH player, Dish TV. The stock has been in hope mode for over 10 years now but is yet to deliver and move on to the hype mode. Then there are companies that are established names but due to a set of factors suddenly enter the hype phase. During the period 2005 to 2008, there was a strong revival in capacity investment and a sharp uptick in the capital cycle. We saw established companies like L&T, Tata Power and Reliance Energy become multi-baggers on the back of the hype that was built around this capital spending.

Remember, there is no hard and fast line of distinction between hope and hype. More often than note these stages can be quite fluid and many times quite deceptive. But the reasons you need to draw this line is that it largely impacts your investment strategy. If you are able to bet on stocks based on a line of distinction between hope and hype, you will be better positioned to capitalize on opportunities in the market.

Coming back to our fundamental question; is hype the time to sell or hold the stock. The answer is that hype is the time to hold on to the stock, if you are already long. In fact, if you looking to trade momentum then hype is also the stage to buy the stock afresh. Hype is not the time to sell. That is still some time away!