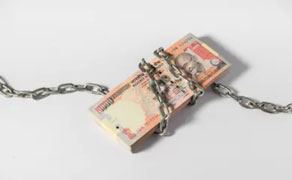 Market in 2016: The year started on a somber note for Indian equities. Markets made yearly lows as the Budget approached in February post which gathered strength and marched upwards as a sequence of positive macros unfolded. RBI repo rate cut, expectation of good monsoon and passage of GST bill kept the going strong. ‘Brexit’ fall was negotiated in a day. Positive trend continued in the eventful month of August as well. Mr. Urjit Patel was nominated as new RBI chief, GST bill was passed, 7th Pay Commission payout was made and Monsoons were near normal after two successive years of shortfall. Markets were cruising smoothly, reached within kissing distance of all-time highs in September when surgical strike by Indian army on neighboring country reversed the trend. Thereafter, spate of unfavorable macro-economic developments kept the selling pressure on. In US their 10 year Treasury bond yields started spurting while it went into Presidential election. Our 10 year G-sec yields fell below 7% for the first time after 2009; it traded in the zone of 6.20% to 6.5%. This triggered pull out of funds by foreign investors, effecting INR depreciation further which aggravated the pain. RBI’s repo rate cut by 25 basis points in October could not bolster the sentiments. Tata Group fiasco; sacking of Cyrus Mistry as Chairman of Tata Sons had its own fall out of negative perception on corporate governance specter of corporate India. Turbulent November was marked by unprecedented event in Indian History ‘Demonetization’ of currency denominated in INR500 and INR1000 notes valued at around 14.50 lac crores. The very next morning Mr. Donald Trump won the US Presidential election race. Mr. Trumps initial remark on boosting Infra spends in US triggered frenzied rally in base metals and crude oil which made hiking of interest rate by US Fed in December monetary policy roll out imminent. US equities marched to new highs while we corrected sharply tackling with short term perils of demonetization. The roller coaster ride of Indian equities saw benchmark index ‘Nifty’ gyrating over 20% from lows to highs in 2016 while it settled with gains of mere 3.01% over 2015.

Demonetization an unprecedented monetary policy reform in Indian history will have significant ramifications on the economy in times to come. The motive behind demonetization to cleanse the system from black money stands tall irrespective of how much money is accounted for as legal and how much was held as black money. It’s a win-win situation for India either ways. The tax base will definitely grow and the people will be more law compliant henceforth, the very foundation for strong economy.

Though in short term its painful (moderation in economic growth, disruption of trade, lower activity in unorganized sector, disruption in supply chain and sundry other business activities, etc.), but in long-term it’s a huge positive (better tax compliance across sectors, higher share of organized trade, enhanced transparency and bigger revenue kitty for government).

Sectors which are directly impacted are Auto, Cement, Consumer & Retail, Electrical & electrical durables, Banking & Financials while utilities, oil & gas and metal/mining are marginally impacted. Banking is benefitted through increase in CASA base leading to lower cost of funds in the long run. Loan growth is likely to improve in the medium-to-long term, led by (a) shift from unorganized to organized sector, (b) increase in borrowing capacity of companies largely dealing in cash as they shift to banking channels, and (c) economic growth led by Government of India. Further, demonetization is likely to be disinflationary, leading to lower interest rates and boosting credit as and when the economy improves. Oil & Gas companies have a B-B business model, and hence, will not be impacted by demonetization.

Budget Focus is likely to be on Rural India enhancing expenditure in priority areas of - farming, social and utility sector, housing, infrastructure, defense, employment generation along with recapitalization of banks, direct tax sops to individuals and corporates. All this is likely to boost demand for low cost housing, two wheelers, white goods, electrical & electronic consumer durables and home refurbishing in particular. It will be a year of cyclical’ s be it PSU Banks, Housing Finance, Infrastructure, Metals, select automobile and auto ancillary stocks. Domestic consumption theme will be key driver of markets during second half of 2017. One should be accumulating quality stocks likes of SBI, LIC Housing Finance, Bharat Electronics, Bharat Forge, Sterling Tools, APL Apollo Tubes, Canfin Homes, Hero Motocorp, Maruti, Amara Raja Batteries, Larsen & Toubro among few others.