US elections - What's in store for India? 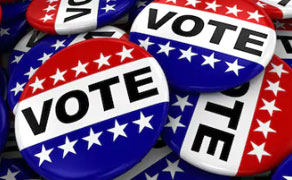 The presidential campaign that saw Obama taking seat in the White House was the most watched televised event in 2006. After all, it was the first time in the history of US politics that a non-white candidate was elected as head of the most powerful military nation in the world. And as far as the effects of his candidature on the Indian economy and Indian-Americans were concerned, they were mostly positive. Now that his tenure is almost coming to an end, once again, speculations are on the rise with regards to what far-reaching effects will the 2016 US elections have on Asian countries. After all, the two candidates gunning for the seat of the most powerful political figure in the world have contrasting views and plans for the countries on this side of the ocean.

What to expect from Donald Trump if he wins the 2016 US elections?
It is no more a myth that China and Pakistan may stand to lose if Donald Trump wins the US elections. He is quite capable of disrupting the balance of power in Asia, shifting it in favour of India. This doesn't come as a surprise though, since China and Pakistan have exploited US for cash for decades: China ran a huge trade surplus ($366 billion in 2015), and Pakistan soaked up US aid (more than $30 billion since 2002), under the pretense of eradicating Islamic extremists. It is quite obvious that Trump, on winning the 2016 US elections, will cut down on the flow of cash to both countries. As far as outsourcing of jobs is concerned, he will do everything in his will and power to bring a number of manufacturing jobs back to the US. Though it is harder to slap a tariff on a piece of code coming over the Internet from Hyderabad than a piece of machinery coming over the ocean from Shanghai. For China, the possible outcome of a trade war with the US could be recession, and in worst-case scenario, revolution.

As far as Pakistan is concerned, Donald Trump has no qualms in labeling the country as the most dangerous in the world. He is of the opinion that since Pakistan is the problem, India naturally becomes a part of the solution to that problem. This, by many political pundits, has been labeled a profound humiliation for Islamabad.
For the Indian-Americans, Donald Trump’s anti-immigrant views have been a turnoff. However, his more pro-business attitude is good news for them.

What to expect from Hillary Clinton if she wins the 2016 US elections?
World politics was taken by surprise when the Democrats elected Hillary as the candidate for US elections in July. And as far as India’s concerned, there were mixed reactions. After all, the experience with the Narendra Modi visa denial circus left a bad taste on every tongue that once praised Hillary for her stand against religious extremism rampant in Pakistan.

But all is not lost. Hillary has always shared a good rapport with Indian-Americans. She is also very experienced at formulating and executing foreign policies. And Indian government officials will vouch for that: she extended full support to India during its standoff with Pakistan, and even urged the latter to end extremist activities from its soil. If she wins the 2016 US elections, we know where to begin since Indian officials have been interacting with her even before this year’s US election – first when she was the first lady, and later when she was appointed as the secretary of state. Moreover, she has always had great empathy for India’s interests. So it remains to be seen how she will react to Pakistani extremists’ attack in Uri. Moreover, she focuses on family unification, and is of the opinion that immigration is good for her country, since each wave of migration has helped US grow financially and socially. So it’s quite natural for Indian officials to believe that their voices will be heard if Hillary wins the 2016 US elections.