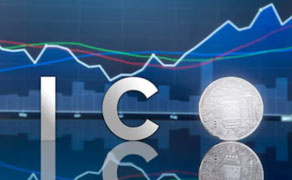 If you are familiar with Bitcoins and crypto currencies, you are by now also familiar with the concept of Initial Coin Offerings (ICOs). Ok, so you have heard of IPOs but are wondering what exactly are ICOs? To an extent, an ICO is similar to an IPO in that it involves a new issue to raise funds. The difference is that while an IPO issues shares, the ICO issues coins or tokens in the form of crypto currencies. Yes, you are entering an absolutely new and fascinating world in the future of financial markets. So what is initial coin offering and exactly how initial coin offering works? You may be interested to know whether you as an entrepreneur or businessman can benefit from an ICO. So here is also a brief on how to launch an initial coin offering. Let us first get to the crux of what an ICO is all about..

The long and short of ICOs
In technical parlance, an initial coin offering (ICO) is also referred to as a “Token Sale”. Let us say that a company creates a new product and needs funds to finance the product. IPO would not be possible at that point of time as you need to show some track record before you can come out with an IPO in the market. That could possibly happen 4-5 years down the line. The second option is to approach a venture capitalist (VC). While this is popular among new product launches and new idea germination, it may result in loss of eventual control as we have seen in case of a lot of ecommerce portals in the Indian context including the likes of Housing.com and Flipkart.com. The third option is an ICO. Here, the entrepreneur can build an ecosystem of shareholders who are willing to participate early in the project. This not only diversifies the shareholding pattern but also lets you get good valuations as the project moves ahead. Investors gain from the network built rather than the company valuation.

Understanding the difference between coins and tokens..
It is quite normal to use the words coins and tokens interchangeably when it comes to crypto currencies. But there is a very subtle difference between the two. Let us first understand what is a coin? A coin is a unit of value that is native to Blockchain. Bitcoin, Ripple, Litecoin are examples of coins. The sole purpose of the coin is act as a medium of exchange and has very little utility beyond that. The token can have a functionality that goes beyond a mere exchange of value. For example one can create tokens in Ethereum which can be created as a smart contract. The difference is that a token is much more sophisticated and has more utility beyond a token, which is just an exchange of value.

ICO versus IPO: How they compare?
As we have seen above, there is a similarity in the nature of an ICO and an IPO as they are both intended to raise money for businesses. However, there are subtle differences between an IPO and an ICO. In an IPO the company sells part of the capital or the promoter’s stake to new shareholders. The idea is to either raise fresh capital or to monetize their current holdings. The ICO, on the other hand, uses the token sale as a unique proposition. The IPO gives ownership, but the ICO is not about ownership. It is more about creating value by participating and expanding the network to create more value. Look at Bitcoin which has seen its value from $1000 to $20,000 in just one year. As the network expands, the network impact starts showing on the price which is what we are seeing in the case of Bitcoin.

ICO versus Venture Funding: How they compare?
The fundamental difference still remains that venture funding involves a sale of equity or preference shares and therefore leads to potential dilution of liquidity. In an ICO you create a product that derives its value from the network created. The seller of the token gets working capital without diluting equity while the buyer gets product value without buying equity in the company. Remember, ICO tokens are not akin to cash but they have purchasing value and that is what matters.

ICOs are an idea whose time is yet to come but holds tremendous potential for the future. Take a telecom company. Instead of getting a venture financer or an IPO, it can invite investors to subscribe to its ICO. Then these ICO buyers can benefit from the rising value of the tokens as the telecom network expands and automatically becomes more valuable. It is a billion dollar opportunity waiting to be tapped. For India’s entrepreneurial dreams, ICOs could be one big boost.