Understanding the economics of Nickel trading on the MCX 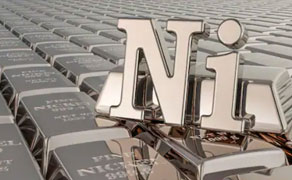 Nickel is another key industrial metal with a variety of industrial applications. While Nickel finds extensive applications in electrical and electronic applications as well as in mining of coins, the biggest application of nickel is in the manufacture of stainless steel. In fact, nearly 65-70% of the total nickel produced in the world goes into production of stainless steel. As a result, Nickel also is largely synchronized with the ups and the downs of the industrial life cycle and has a positive relationship with the global economic growth, especially China.

As the chart above indicates, the price of nickel has lost nearly 70% of its value since the global recession first reared its head in the immediate aftermath of the Lehman crisis in 2008. While nickel prices did show some recovery in the post 2009 phase, it has lost all its gains and more so since the global commodity super-cycle peaked out in 2011.

Demand and supply of Nickel
According to the Global Nickel Institute, the first extracts of nickel were found almost 2000 years old. In the early days, nickel mining was feared as it led to arsenic poisoning with devastating effects. The real spurt for nickel demand came in the first half of the 20th century when stainless steel was first discovered. Today, nearly 65-70% of the total nickel mined in the world goes into the production of stainless steel. Nickel is lustrous but is also resistant to high temperatures and is also highly anti-corrosive. In fact, Nickel has a very high melting point of 1453 degrees centigrade, which makes it the perfect foil for high pressure manufacture. Apart from stainless steel manufacture, another 20% of the nickel is used for highly specialized applications like aerospace and military applications.

Over the last few years, nickel production has been consistently higher than the demand for nickel by nearly 10%. This gap has been largely responsible in applying pressure on the price of nickel as the LME chart clearly indicates.

The Nickel contract on the MCX
Interestingly, Nickel is one of the most actively traded contracts on the MCX and is among the top-10 most active contracts on the MCX on most days. Even while the price of nickel has been on a downward trend, it does offer sufficient opportunities to trade from a very short term perspective. That makes it a key product for traders as well as for users of nickel to hedge their price risk of inputs.

The nickel futures contract on MCX is also traded in two formats viz. the Big Nickel Contract and the Nickel Mini contract. While the Big Nickel contract has a lot size of 250 KG, the Nickel Mini contract has a lot size of 100 KG. So how will the contract work in the MCX context? For example, currently Nickel is quoting at a price of Rs.660/KG. Thus a typical Big Nickel contract with 250 KG lot size will have a notional value of Rs.165,000/- (660*250). This is one of the contracts with the lowest notional values on the MCX. The current initial margin (SPAN + Extreme Loss) comes to around 6% and therefore a single lot of Big Nickel Futures will attract an initial margin of Rs.9900/- only. Since the Big Nickel contract already has very low margin requirement, the Mini Nickel is not too popular unless there is a clear arbitrage spread between the two contracts.

The Nickel contract on the MCX will be initiated on the first of each calendar month and will expire on the last working day of the month. Each month on the 1st a new contract that is four months ahead will be launched. For example on 01st of September 2017, a new contract expiring on January 2018 will be launched, and so on. You can trade on Nickel for actual delivery of the metal as well as for square off trading. In case you intend to square off the trade, then the same needs to be intimated to the exchange at least 4 days prior to the expiry of the contract.

Nickel has, in the last few years, emerged as one of the most active metal contracts on the MCX. With its short term volatility, it has offered a good route to trade and to hedge risk for end users of Nickel.