Open an Account
What actually drives the price of crude oil in global markets? - Motilal Oswal

What actually drives the price of crude oil in global markets? 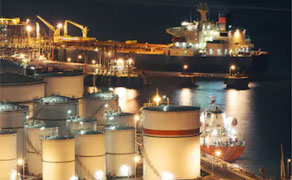 Crude oil globally has been a highly volatile commodity. It has been largely driven by factors of demand and supply. There are two popular benchmarks for crude viz. Brent Crude and the West Texas Intermediate (WTI) Crude. While the Brent Crude is the more popular benchmark, the WTI is the benchmark for US crude. As the US will increasingly become an exporter of oil, the WTI is likely to become a more popular benchmark for global oil. But that could still be some time away. The key trend is that oil has been vertically down in the last 3 years, especially since November 2014. Here are the five key factors that have a substantial impact on the price movements of crude oil

1.  Global economic growth and the recovery of Chinese GDP
From the demand point of view, this is one of the most important factors impacting the demand for crude oil and therefore the price. China is the world’s largest consumer of oil. With a daily production of about 5 million barrels of crude, China still predominantly depends on oil imports to meet its demand. India is another country that has seen one of the fastest growths in oil consumption. Additionally, other economies like the EU nations and Japan are also net importers of oil. Since November 2014, there has been billions of dollars of wealth that has got transferred from oil producers to oil consumers. Oil demand is largely a function of economic growth. Higher economic growth means higher incomes and that means more demand for cars. This is one of the key drivers of oil demand and oil prices. In fact, one of the key reasons for the weak oil prices in the last few years has been that the global oil market has been oversupplied and demand has failed to keep pace due to weak economic growth.

3.  Global shift to environmental friendly practices
Climate change is a major challenge for nations and fossil fuels have been one of the biggest polluters of the environment. The Paris Climate Accord sets out a clear time-table to shift out of inefficient power production and reduce the dependence on fossil fuels for cars. Even though Donald Trump has abdicated this agreement, most of the other nations which are the largest consumers of oil have taken these targets very seriously. Over the next 40 years, the world will increasingly move away from fossil fuels. As this trend gets punctuated, the global demand for oil is likely to reduce impacting prices in the process.

4.  How the OPEC regulates its supply
Frankly, the role of OPEC as the key determinant of oil prices has been reducing with its share going down from 50% to 35%. However, the OPEC still holds the largest wealth of proven oil reserves in the world. Over the next few years, the OPEC will be forced to sell oil at lower prices just to maintain its market share as crude oil will have a limited shelf life in the light of the Paris Accord. Additionally, the OPEC influence is waning. Effective January 2017, the OPEC and some friendly nations have cut daily oil production by nearly 1.8 million barrels. However, this has had little effect with the oil prices dipping below the $50/bbl mark as the supply gap has been made up by the US, Nigeria and Libya.

Quantum of US Shale production
Interestingly, in the last few years, the US has emerged as the Swing Producer of oil. Three things have changed for the US in terms of oil production. Firstly, the availability of cheap funds due to low interest rates and advanced directional drilling technologies have enabled the US to fruitfully extract and produce crude oil from shale wells. Secondly, the US has managed to perfect its oil technology to the extent that it has been able to extract more oil per well and also reduce their breakeven for oil by almost 50%. Thirdly, the 40 year old US ban on exports of oil has been lifted and surplus oil will soon flood the global markets in a big way. These three factors have made the US the Swing Producer of oil and also the key determinant of crude oil prices. As long as the US is able to increase its oil production exponentially at low break-even rates, its influence on global crude oil prices will continue to trump the influence of the OPEC.

In the past, each time oil has touched record lows, it has bounced back sharply. That has not been the case this time around. In the past, any disruption or geopolitical crisis in Middle East and West Asia resulted in a major impact on crude oil prices. That is also not the case any longer. For the time being the US remains the Swing Producer to determine the price of crude oil. At least for now; that does not look likely to change!