What are UIDAI and its importance in documentation? 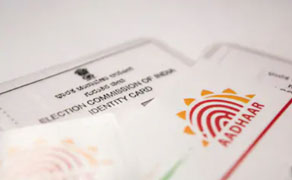 We all know that it is the UIDAI that administers and maintains our Aadhar database. The organization was a brainchild of the previous Manmohan Singh government and the project was led by the higher respected Nandan Nilekani. Over the last 6 years since its launch, the Aadhar project has almost covered the length and breadth of India and has captured the database of almost the entire population. In the process, billions of dollars have been saved by getting rid of the spillage in government schemes like PDS distribution, mid-day meal schemes, subsidized LPG etc.

Know more about the UIDAI

Unique Identification Authority of India (UIDAI) is a government agency in New Delhi that serves as the issuing authority for Aadhaar unique identification numbers (UIDs) and cards. The agency has been mandated by the government to develop, identify and set up the necessary infrastructure for issuing Aadhaar cards. The routine maintenance of the data is also done by the UIDAI.

The UIDAI was established in 2009 and functions as an integral part of the Planning Commission of India. The agency issues cards with the help of several registrar agencies composed of state-owned entities and departments as well as public sector banks and entities such as the Life Insurance Corporation of India. As of July 2018 there are nearly 1.22 billion Aadhar card holders, covering more than 95% of the Indian population. The UIDAI also works in consultation with the Registrar General of India, collects and handles the census data in India.

Key benefits of the Aadhar project for India

The need for Aadhaar project arose after the discovery of fake and duplicate records and non-existent beneficiaries in government’s welfare schemes for the underprivileged. To that extent, Aadhar creates a system that can almost finish spillage and puts government resources to better use.

Aadhar by UIDAI overcomes the hassles associated with verification of demographic and biometric information. The Aadhaar project addressed these issues. Unique Identification Authority of India’s (UIDAI) goal is to ensure that a significant number of underprivileged citizens are brought under the UID system so that the government sponsored benefits can reach them fast and without any intermediary spillage.

The UIDAI run Aadhaar project will furnish Indian citizens with a unique, 12-digit identification (UID) number representing 12 identity parameters corresponding to the demographic information. This also includes an individual’s fingerprints and iris scan that form a biometric record mapping to the Aadhaar number.

The data is collected and stored in a central database known as CIDR (Central ID Repository). CIDR will be used by security agencies for proactive threat monitoring and investigations as well as by service providers for providing prompt services especially to the underprivileged class.

UIDAI ensures that the Aadhaar database is hosted on a central system powered by data centres. This Aadhaar project’s of UIDAI has some core objectives as under:

Enrolment application is used for receiving new client enrolment requests and capturing new data. After verifying the uniqueness of the request, the Registrars enrol the data that is received in magnetic media from various logistic providers. This data is then uploaded to Aadhaar database post-validation.

There is a well tested authentication application which will conduct online authentication of identity (demographic and biometric information) done by querying the Aadhaar database that responds to such queries in the form of Valid/Invalid type of response. De-duplication of biometric data is done on a regular basis.

There is a very elaborate fraud detection application which helps to detect identity fraud by catching fraud scenarios. Such frauds include non-existent applicants, misrepresentation of information, multiple registrations etc.

Contact centre interface application provides query and status update functionality. Based on this database, authorized access can give detailed information to match and authenticate. There is also a logistics interface application which regularly interfaces with the logistics provider for letter printing, card lamination and delivery management.